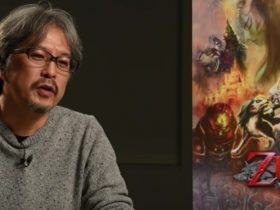 The Legend of Zelda: Twilight Princess Retrospective Takes A Look Back

Aksys Games and LookAtMyGame have announced that they will release action-adventure RPG Chronicles of Teddy: Harmony of Exidus on Wii U later this year.

Players will navigate their way through hordes of nefarious monsters and daunting boss battles, placed in a nostalgic world created in a retro pixelated aesthetic.

With puzzles to solve, monsters and villagers to converse with by collecting runes and skills to unlock, your quest will be scattered with hidden items, secret areas and bonus missions that will promise to consumer more than 30 hours of gameplay.

Chronicles of Teddy: Harmony of Exidus will release on Wii U through the Nintendo eShop later this year.