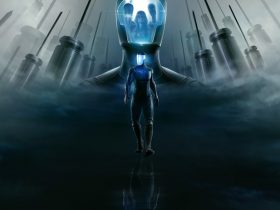 Ubisoft have release a wondrous trailer for Child of Light, which is destined for release through the Nintendo eShop next month.

The Wii U title, which has been beautifully woven using the publisher’s UbiArt Framework engine, places players in the role of Aurora, a child who has been stolen from her home and who quests to make her return across the magical painted world of Lemuria.

This reimagining of classic fairytales can be tackled both solo and in co-operative multiplayer for those looking to share the burden of such journey, the trailer below showing how players will work together to recover the sun, moon and stars from the Queen of the Night.

Child of Light releases for Wii U through the Nintendo eShop on April 30th, priced at £11.99