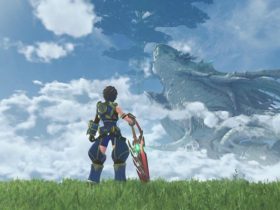 Checkmate. It’s perhaps the most satisfying word that can be uttered in any board game, although one that can often be shrouded in uncertainty as to whether you have truly cornered your opponent or not. That mental challenge in working to outwit your competition has helped chess to become a globally popular game, and one whose origins are believed to trace back to India at some point before the 7th century. That is a long time ago, and, while many still find joy in playing with physical pieces, technology has brought the strategy game to near enough every device that you own.

With Nintendo Switch now on the scene, Ripstone has made their move with Chess Ultra – which is the first game from the publisher’s in-house development team. Ripstone is a name that those who played Pure Chess on Wii U or Nintendo 3DS will know, and with Chess Ultra, the team looks to build on the successes that game could celebrate. 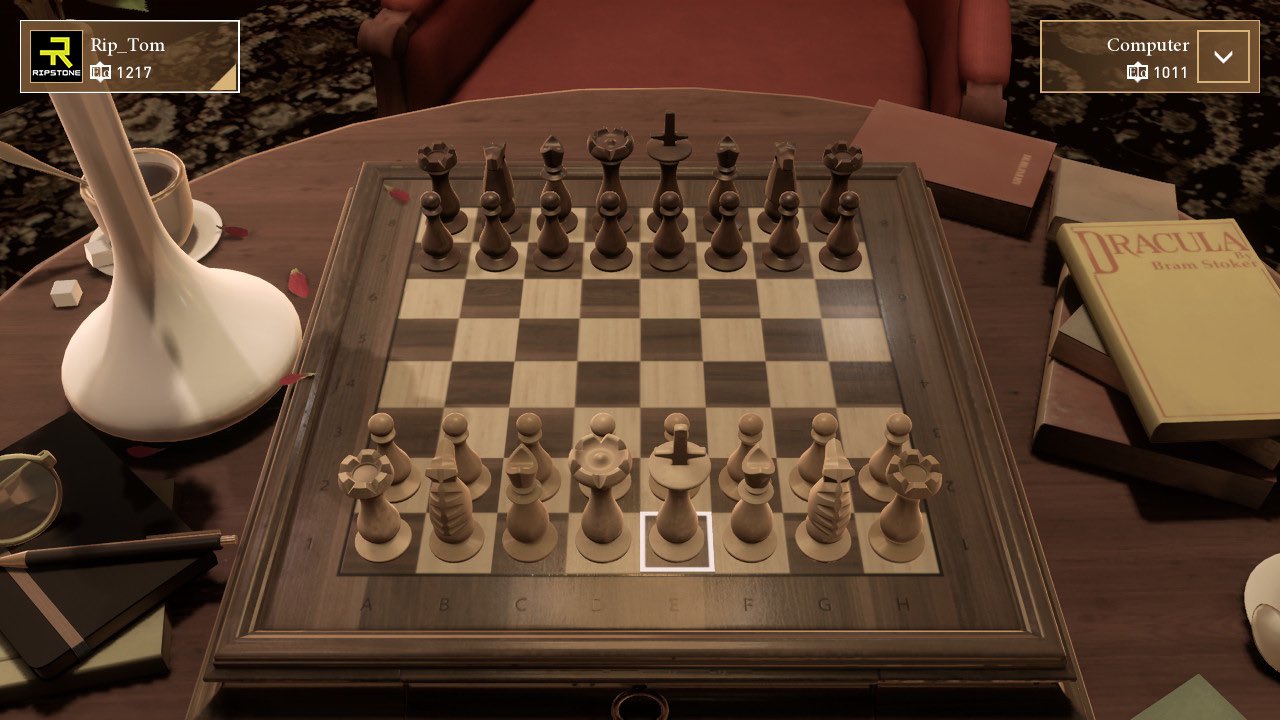 With 32 opposing pieces placed on a checkered gameboard made from 64 squares arranged in an 8×8 grid, chess has always seemed intimidating at first glance. But, really it isn’t that difficult to grasp. Once you realise that there are six different pieces – king, queen, rook, knight, bishop, and pawn – and learn how each of these moves differently from one another, you can then concentrate on outsmarting your opponent.

That’s not to say that Chess Ultra expects you to know how to play, far from it. Tutorials will teach newcomers – or those that want to refresh their memory – how to move pieces, capture an opponent’s pieces with each of them, about notations, promoting Pawns, Kingside, basic tactics, and more. It’s extensive, and, while your impulse may be to start playing straight away, spending some time learning the game’s intricacies will help you in the long run.

There are three ways to play in Chess Ultra, whether that be Single Game, Tournament, or Challenges. The Single Game is, well… a single game, and you can have as many as six on the go at any one time. You can have a game timer if you want that pressure, and then you can choose to play against the computer at one of 10 Grandmaster-approved difficulty levels, be matched against a random online opponent with a similar ranking (with cross-platform compatibility to play against players on PC, Xbox One, and Nintendo Switch), online against someone from your friend list, or locally against another player – which is either played by passing the controller between two players in TV Mode, or, in a master stroke from the developer, sharing the Joy-Con and sitting opposite one another in Tabletop Mode where the Nintendo Switch becomes a virtual chess board. 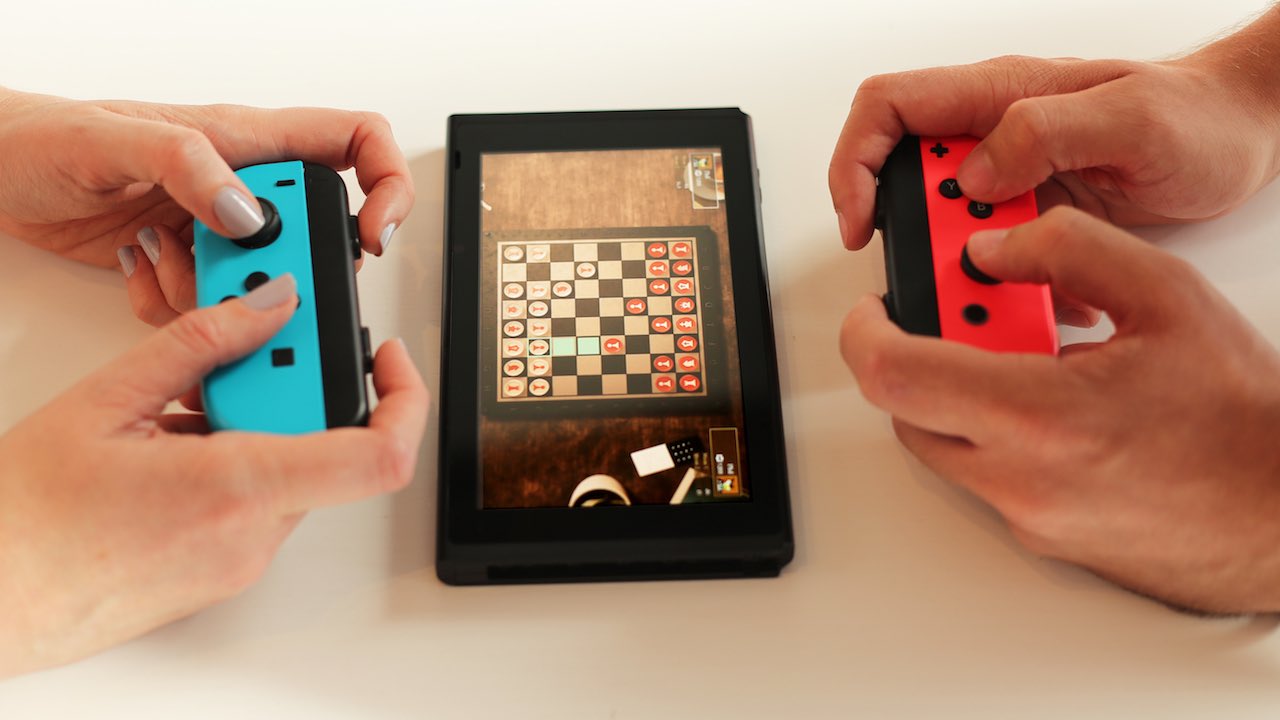 Any Tournament can support as many as 32 players and as few as four, but these can only be played online – whether against anyone on your friend list or those that you are randomly matched against. If you don’t have enough players to fill the quota, then Chess Ultra will find random players to fill any gaps. It’s a painless process, even if across all online play a notification system would have been appreciated to help prompt you whenever it is your turn in a match – the player being left to navigate around the menu to check. There are also official Ripstone tournaments that run,

And then there are Challenges. These pressure you to reach checkmate in a set number of moves, and there are also historical matches that present a chance to either rewrite history or destroy it completely. It’s clear that this content caters to higher-level players, and, while anyone is free to dabble, it is likely that only those with more intricate knowledge about chess will succeed.

It’s worth mentioning at this point that Chess Ultra is exquisitely presented. Each game can be played in any of four meticulously detailed environments, whether that be Woodburn Manor, Musei Capitali, Mulholland, or Gomorrah. There are also different styles of chess pieces to select from in Staunton, Williams, Checkers, or Fire & Brimstone, and then, depending on your choice, you can then – such as wood, metal, plastic, or sterling tar. It appears that these will be broadened with downloadable content, but, at the time of writing, there is nothing available on the Nintendo eShop. 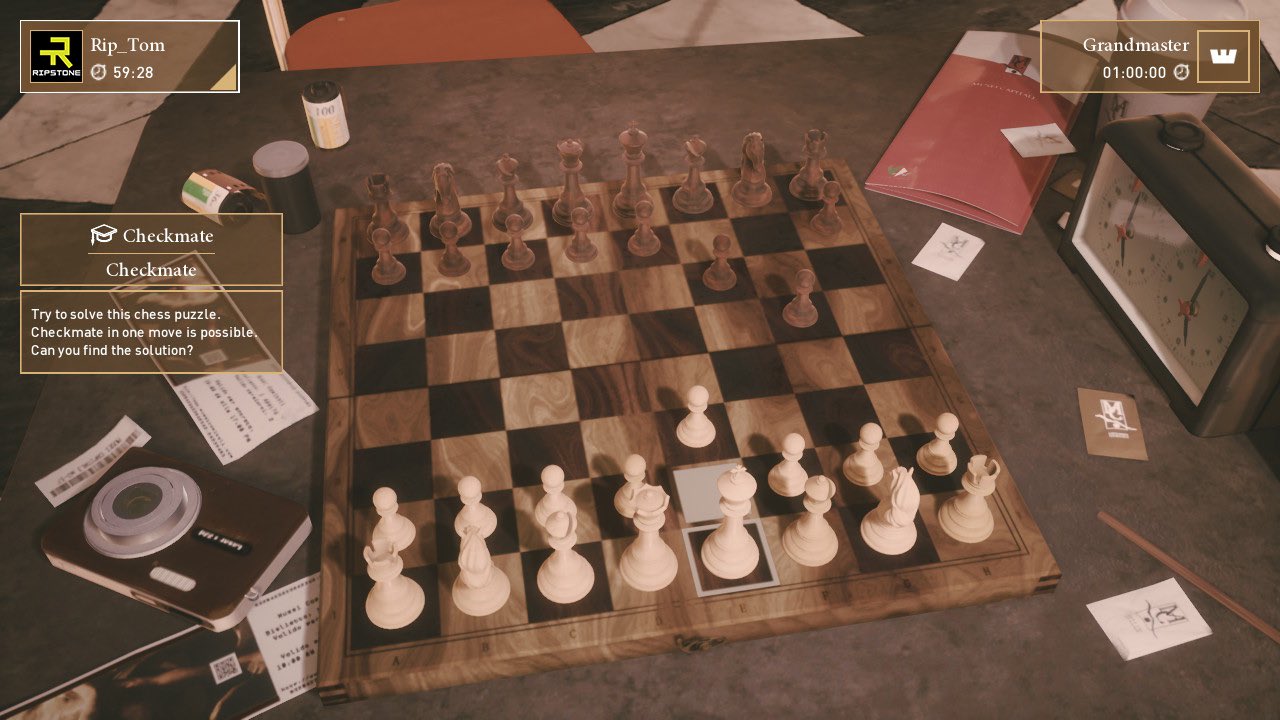 The soundtrack that accompanies Chess Ultra is serene enough to never cloud your mind when pondering your next move. Whether that be Schubert’s Ave Maria, Offenbach’s Barcarolle, Mozart’s Eine Kleine Nachtmusic, or Puccini’s Un Bel Di Vedremo, the developer has been careful to lean on classical music and other gentler pieces, making this a far more relaxing game to play than you would first think.

Accessible to all, Chess Ultra will undoubtedly please aficionados of the strategy game while marking the perfect entry point to those that have always wanted to learn how to play. With the chance for your Nintendo Switch to become a virtual chess board to play against someone across a table, the portable home console could also be seen as the perfect home for it.