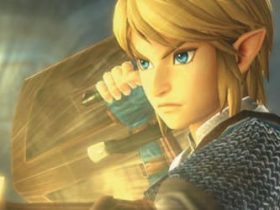 Link amiibo will be compatible with Hyrule Warriors

Nintendo of America President and CEO Reggie Fils-Aime appeared on NBC’s Late Night with Jimmy Fallon on Friday night, taking time out of his own birthday to continue the extensive Nintendo 3DS marketing blitz that the company has pursued ahead of the anticipated release for the handheld system.

Fils-Aime demonstrated the handheld’s in-built software, showing both the AR Cards and Face Raiders – the latter of which he was a little too speedy in taking a photo of Fallon to allow the facial recognition software to correct itself, with the handheld stating that he had an “Adult Female Face.” Laughter ensued, regardless!

You can catch the full segment on the show below: