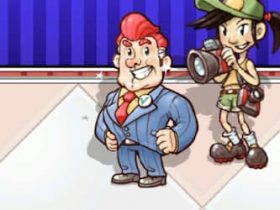 Citizens of Earth nudged back to November launch

Charizard and Greninja have been revealed as the latest additions to the Super Smash Bros. character roster, announced as a surprise towards the end of tonight’s Nintendo Direct.

Their arrival was heralded in a blistering cinematic that saw the Pokémon square off against Mario, Link, Samus, Kirby and Captain Olimar, before shifting into gameplay footage that saw them showcasing their fire and water-orientated move sets. With Mega Evolutions also confirmed for inclusion, we also catch a glimpse of Mega Charizard X.

Charizard and Greninja will be playable characters across both 3DS and Wii U versions of the game, releasing in summer and winter this year respectively.