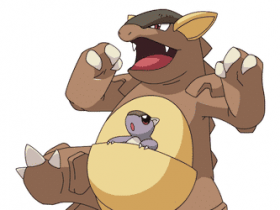 Nintendo fans are soon to become humanity’s only hope for survival as Atari and developer WayForward are set to release a re-imagining of legendary game franchise Centipede for a new generation of gamers in Centipede: Infestation.

Promising a post-apocalyptic action experience that mixes run ‘n gun shooting with tower defense-style objects, players will assume the role of an orphaned teenager named Max as he trudges through the wasteland, fighting off giant bugs. During your travels, you’ll meet Maisy who possesses a collection of seeds that hold the secret to bringing back plant life to the wasteland, and the two of you will therefore join forces as you grow and protect the last natural resources on earth.

You’ll battle mutated spiders, beetles, grubs, caterpillars, moths, and boss insects across over 40 stages and several environments, utilising an array of weaponry including the Lightning Orb Gun, Nuke Cannon, Freezethrower, Mine Launcher, and more, as well as additional power-ups.

“Centipede: Infestation modernizes one of our most popular brands for Nintendo’s youthful audience,” said Jim Wilson, President and CEO of Atari S.A. “This game and other games to follow, further define Atari’s strategy to build upon our library of celebrated IP and reimagine them for next generation game platforms.”

Centipede: Infestation is due to release in Autumn for Wii and Nintendo 3DS.

You can catch the debut trailer for the game below: