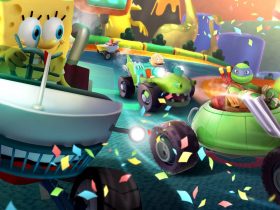 PQube and The Gentlebros have confirmed a release date for the Cat Quest Pawsome Pack on Nintendo Switch.

This “furmidable” physical edition includes both Cat Quest and Cat Quest II, and comes with a reversible cover that is “exclusively Cat Quest II” for those that already own a physical copy of the original game.

The bundle was previously scheduled for release in May, but will now hit retailers at the end of July.

Leap into a grand adventure in purrsuit of the evil Drakoth and your catnapped sister! Explore Felingard’s huge overworld map, risk life and limb delving into dungeons for epic loot, and lend a paw to a furry cast of characters in a flurry of side quests.

Cat Quest II is a 2D open-world action-RPG set in a fantasy realm of cats and dogs. Under threat from a continuing war between the cats of Felingard and the advancing dogs of the Lupus Empire, Cat Quest II tells the tail of two kings, brought together against their will, on a journey of paw-some discovery to reclaim their thrones.

Play as both a cat and dog as you explore their kingdoms solo or with a friend! Quest in a world filled with magic, curious monsters, and go on a catventure like never before!

Cat Quest Pawsome Pack will release for Nintendo Switch at retail in Europe and North America in 31st July 2020.