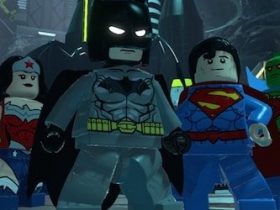 Surely set to become one of the longest game titles ever conceived, the latest issue of Nintendo Power has confirmed that Konami are to bring their Castlevania series to Nintendo 3DS.

Castlevania: Lords of Shadow – Mirror of Fate will centre upon 15th century vampire hunter Trevor Belmont, and is an explorative third-person action adventure in a similar vein to that of the God of War series.

Such news goes against previous rumours that the game would return to a 2D side-scrolling gameplay experience.

Players will be able to perform strong (X) and wide-reaching (Y) attacks, as well as performing blocks (L) and grabs (R). Light and Shadow magic makes a return, with secondary weapons and items also put to use.

We can perhaps expect to hear more regarding the title during Konami’s pre-E3 press conference on Friday.