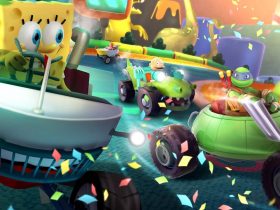 Konami has announced that Castlevania Anniversary Collection will release on Nintendo Switch, news that comes after the Australian Classification Board had leaked its existence.

It has been created as “a completed collection around the origins of the historic franchise,” and comes with a bonus eBook with details provided by developers, artists, and others that have been inspired by the Castlevania legacy.

“Konami welcomes everyone, from those who were glued to their CRT TVs or the arcade machines back in the day to first-time players, to enjoy a part of our history,” Konami explains.

“All collections will be digital-exclusive and can be downloaded from the various online stores. We give our utmost gratitude to each and every fan from all over the world for playing our games throughout the years!”

Castlevania Anniversary Collection will release on the Nintendo eShop for Nintendo Switch worldwide in early Summer.