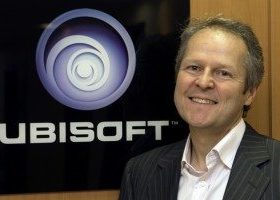 Guillemot: Games industry “penalised by the lack of new consoles”

Zen Studios has confirmed that CastleStorm II‘s release on Nintendo Switch has received “a slight delay” into Fall.

The game is pitched as “a charming, cartoonish, multi-genre mashup featuring ballista-based castle-bashing, tower defense, hack-n-slash, and the newly added element of conquest with both real-time and turn-based strategy.”

You will command your ground troops on the medieval battlefield where they will engage in hack-and-slash combat while avoiding friendly fire, as you strategically work to conquer a randomly-generated world map.

There are different factions to choose from, whether that see you fight to defend the honour of the royal Kingdom or battle against them with the hordes of undead soldiers, sheep and other monstrosities.

CastleStorm II will release on the Nintendo eShop for Nintendo Switch worldwide in Fall 2020.