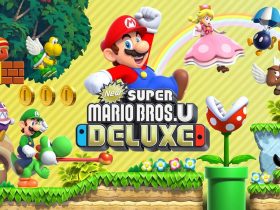 Last week was a big one for Nintendo Switch owners, the Nintendo eShop spoiled with a flood of new releases. The quality and range has been impressive, to say the least. We saw the remake of a much-loved The Legend of Zelda title, a port of the excellent Ni No Kuni, a game where you play as a goose out to ruin everyone’s day, and a survival turn-based strategy set in a post-apocalyptic United States.

Then there’s Castle Crashers Remastered, a 2008 side-scrolling beat ‘em up and one I remember fondly for its weirdness and fun co-operative gameplay. It’s a game I hadn’t played since its initial Xbox 360 release but one I was intrigued to return to and try out with friends and family approaching with fresh eyes. Is this button bashing, sword-swinging adventure still good fun though ten plus years later? 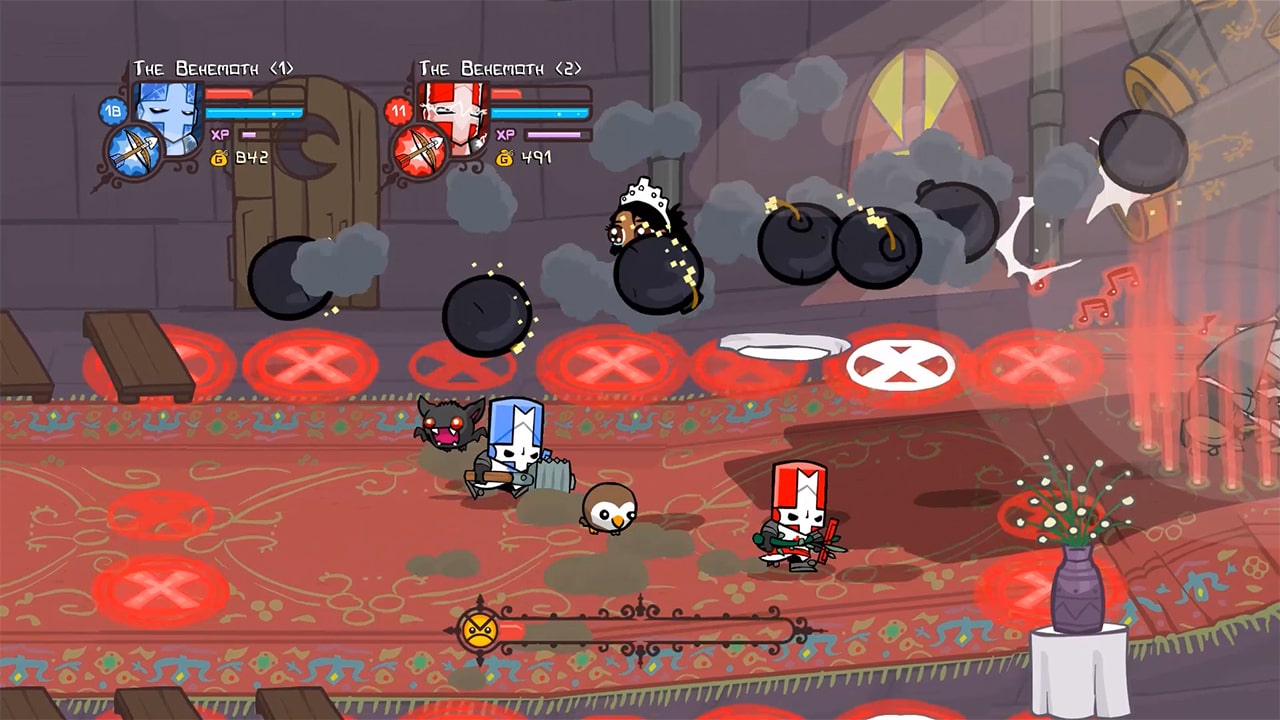 At its core, Castle Crashers Remastered is a linear journey through a series of side-scrolling stages hacking and slashing through waves of increasingly tougher enemies. Your adventure first starts with you selecting one of six different colored knights to play as – this cast slowly growing with newer and more quirky options as you progress. The characters and their abilities may look visually different but all perform the same foundation of moves including a heavy and light attack, jump and magic powers (the latter draining a meter). Attacking enemies will award experience that will then increase your hero’s level. Doing this will not only allow you to increase your overall stats – these include power, defense, magic, and speed – but also learn new combos and magic powers too.

The combat itself is uncomplicated and a little button mashy at times but the game is rarely ever a cakewalk, my health finding itself depleted on more than one occasion. Enemies come at you thick, fast and able to withstand quite the amount of punishment. This, unfortunately, results in repetition creeping its way in especially after longer play sessions. While the game is rarely ever flat out boring, battling against waves of same or similar enemies over and over can lose its appeal somewhat. When you’re not taking on swarms of minions, you’ll come across the larger boss battle. These once again will see you slashing away albeit it from a larger pool of health. These encounters are tougher but pretty routine. I’d probably argue Castle Crashers Remastered is best enjoyed a handful of stages at a time rather than marathoned.

The constant allure of leveling up and customizing each hero to your liking is a real driving force in the game, one that even though the more tedious moments felt worthwhile just so I could increase one of my stats a little more or learn a new combo (which honestly I rarely used). Customization extends beyond just your character, the game including a wealth of weapons and cute little critter companions to find. Despite the large selection in both collectible types their impact on the gameplay is fairly subtle. Weapons rarely equate to more than increasing or decreasing stats, making each feel more cosmetic than gameplay changing. Animals fair slightly better each one offering a unique perk to the player such as finding hidden fruits that replenish your health or ramming enemies from time to time. 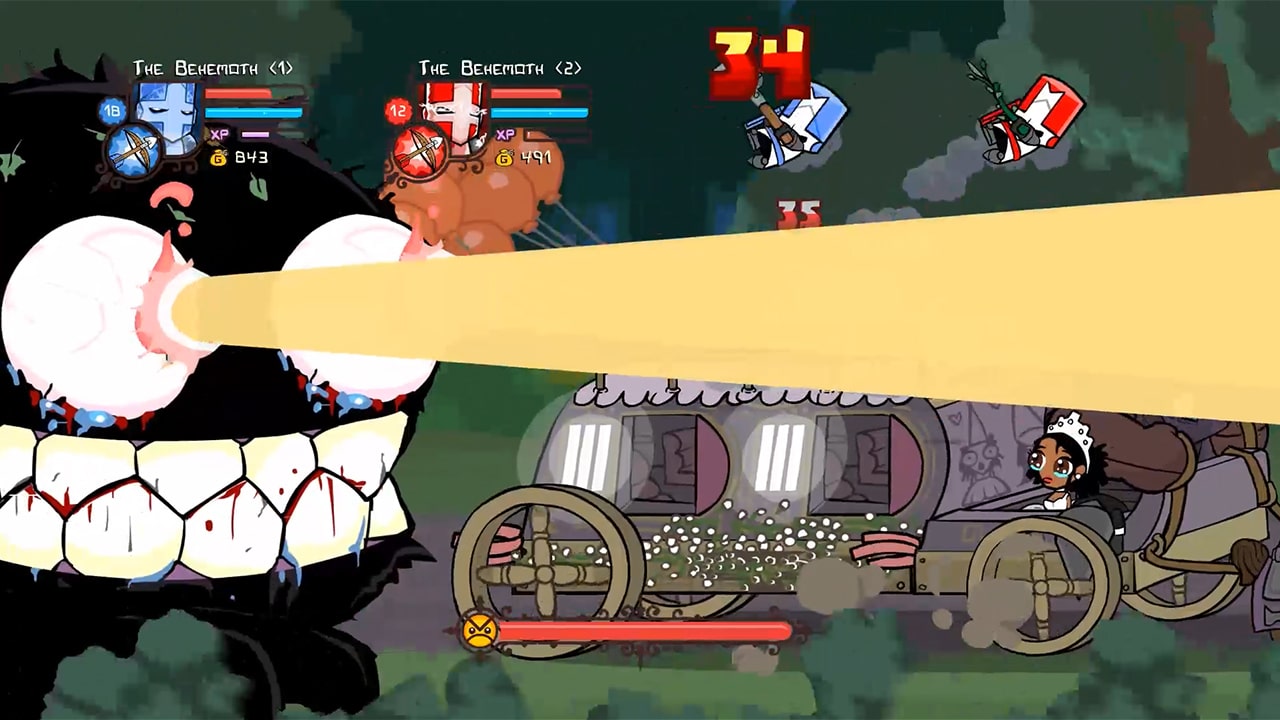 The game’s adventure will last you roughly five or six hours, a decent time for this type of title. Any longer and the repetition of combat may have become more of an issue. Other modes include player versus player arena battles – often short and chaotic and little more than a temporary distraction. Back off Barbarian is perhaps the more interesting of the two side options taking a completely different approach and placing the action into a grid-based board game. The aim is to survive as long as possible by hopping about and avoiding enemies in pursuit. The catch is this isn’t simply a case of hitting a direction to move in that direction. Instead you’ll need to hit the right button to move into that square, so, for example, a space above may have an arrow pointing right meaning you’ll need to hit the right button. It’s confusing alone and only gets more so when there’s four of you on the board running for your lives. It’s amusing for a few attempts but much like the arena, there’s no staying power.

The game looks as sharp as it ever has and runs super smooth whether playing docked or handheld. You might argue this is a game from 2008 so anything less would have been miserably unacceptable. Thankfully the Switch version ranks among the best out there.

Playing alone is entertaining but add three friends into the mix and the game becomes an even more enjoyable experience. Those same damage-sponging enemies don’t feel so tiresome now that you have some extra backup to lend a hand. Falling in battle doesn’t mean it’s game over too; your friends able to revive and bring you back into the action. The screen can get a little chaotic making tabletop mode a less than ideal choice but on a TV it’s a bright and colorful display of swinging swords, fire, and other magical effects. 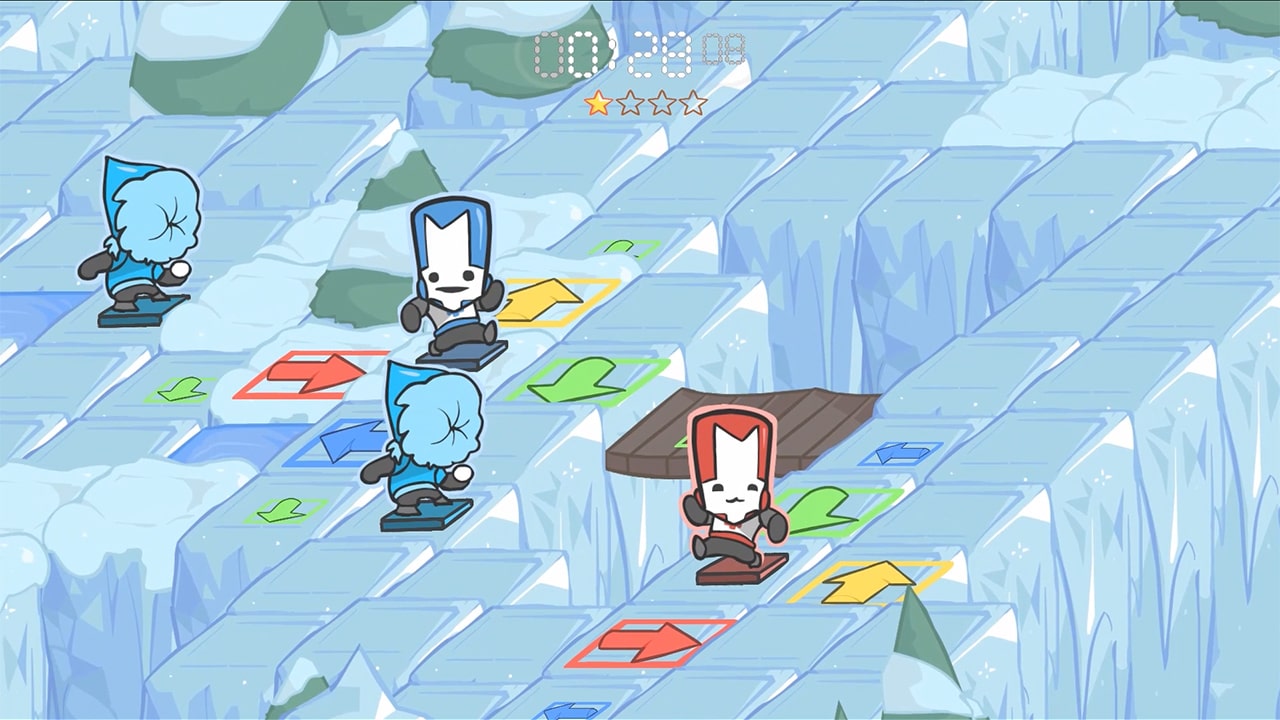 One issue regarding the multiplayer that definitely dampened our enjoyment was the fact that anyone playing as a guest will not have their progress saved. While my character was continuing to grow in strength, defense, and every other area my friends who simply wanted to join in were stuck with a lowly level one option. While setting up multiple profiles does help it’s still a shame that all players can’t simply save the progress of a character under one profile.

In spite of its repetition, Castle Crashers Remastered is an enjoyable and mindless romp that’s best experienced with four players. While it might not hold up as well against my initial 2008 playthrough there’s enough content and fun still to be had that made revisiting Castle Crashers a nostalgic journey worth taking.