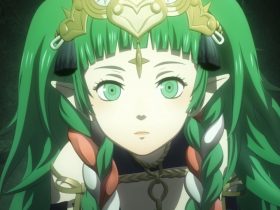 The Entertainment Software Rating Board has issued a rating for Call of Juarez: Gunslinger on Nintendo Switch, suggesting that Techland has ported the Western-themed first-person shooter to the portable home console.

It was originally released in May 2013 for PlayStation 3, Xbox 360, and PC, and, set in 1910, starred a legendary bounty hunter called Silas Greaves.

“This is a first-person shooter in which players assume the role of a gunslinger named Silas Greaves. Players use pistols, shotguns, and rifles o shoot and kill dozens of enemy bandits/thugs in gun fights,” the ESRB rating reads.

“Shootouts are highlighted by realistic gunfire, cries of pain, slow-motion effects, and large splashes of blood, which sometimes stain the ground. Each level ends with a duel in which players must draw and aim a gun to kill an opponent.

“Some dialogue in the game includes sexual material (e.g., “While you’re off providing for the family, she’s spreading her legs for every Tom, Dick, and Cole Younger!”). The words “f**k,” “sh*t,” and “c**ksucker” appear in dialogue.”