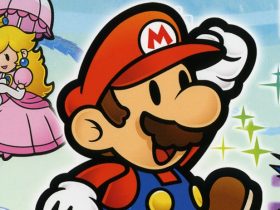 Whilst information, in-game footage and even screenshots have been scarce for the Wii version of Call of Duty: Black Ops, that doesn’t prevent that fans of the series becoming any less excited by its release.

This week on the official website, Anna Donlon, Senior Producer for the Wii version, has provided an insight into what players will be able to expect from the multiplayer aspects of the title, including 5 vs 5 multiplayer, online co-op and even the ramblings of a few zombies.

“Well, let’s start with the basics,” Donlon begins. “We’re giving the fans the full single-player storyline, with huge maps and an amazing story that I think will really blow them away. We’re also back with 5v5 multiplayer, all maps and all game modes, including the newly introduced Wager Matches and Contracts.”

However, that isn’t all…

“But, like I said, we pushed things a little harder this year, and can now confirm that the Wii version will have online Co-Op. We’re doing this through Black Ops’ new Combat Training mode and of course… ZOMBIES. That’s right, 4-player Co-Op Zombies will have its debut on the Wii this year.”

The hugely popular Zombies mode made its first appearance within 2008 release, Call of Duty: World at War. Although whilst it was able to be enjoyed by PlayStation 3, Xbox 360 and PC owners, the Wii version of the title missed out. It’s inclusion this time around is most welcome.

Further to this, Donlon detailed the expansive features that are set to make the multiplayer matchmaking within the Wii version just as successful as its counterparts.

“There’s a bunch of other new features that we developed this year as well,” she continues. “We’ve created a new ‘Allies’ system that allows you to invite recent players to be your allies for text messaging, game invites and more without a need for code exchanges. We have more player customization in Create a Class than ever before and we have enhanced party privacy options for players who want to set up their private matches with a little more control over who they allow in.”

Call of Duty: Black Ops is due to release for Wii and DS on November 9th.