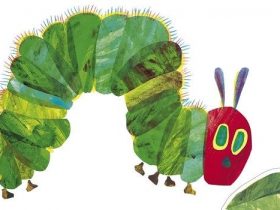 Call of Duty: Advanced Warfare isn’t releasing on Wii U, if comments by Sledgehammer Games co-founder Michael Condrey are any indication.

We’ve been here before, not knowing whether Activison will bring their flagship first-person shooter to the console. Although, while previous situations eventually led to confirmation, this year it has turned sour.

“No, no Wii U. That was an Activision decision. We are focused on Xbox One, PlayStation 4 and PC,” Condrey wrote in response to the question.

With no mention of the Xbox 360 and PlayStation 3 versions, he was probed further as to whether fellow Call of Duty developer Treyarch were working on it, having a long history of bringing the series to Nintendo’s platforms. “No, not on Advanced Warfare,” came Condrey’s reply.

Activision Publishing’s Hirshberg added to Eurogamer Italy, “All I can say is we analyse each game and the platforms we think are appropriate for each game each time. It’s a judgement call each time. This is the judgement we made.

“We want to make sure we’re bringing the games to the platforms where the audiences for our games live. Nintendo’s a great partner. They’ve continued to be a great partner and we’re going to continue to support them with the IP it makes sense with.”

With Mario Kart 8 now driving Wii U hardware sales more than ever before, it feels shortsighted considering the lack of the genre on the console. Activision clearly haven’t seen enough success to warrant Advanced Warfare storming across this year, sadly.