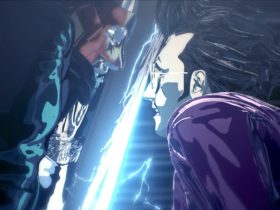 Take A First Look At Travis Strikes Again: No More Heroes In Action

Electronic Arts has announced that Burnout Paradise Remastered is in development for Nintendo Switch.

The Criterion Games-developed open-world racing game has been “fully optimised and enhanced” for the portable home console.

That game runs at 60 frames-per-second and has pinch-and-pull map control to help with navigating the world of Paradise City.

With the original base game and the eight-add on packs that were released during the Year of Paradise (not including Time Savers), you will be able to send cars launching, spinning and scraping through the city – wrecking friends online or joining forces to demolish hundreds of online challenges.

“We want to give players more choice by delivering games they love to the platforms they want to play on,” explains Electronic Arts senior vice president of third-party content, Steve Pointon.

“Burnout Paradise Remastered is a high-octane, action-packed experience for a whole new generation of players on the Nintendo Switch who can soon experience the excitement of an open-world racing game anywhere, anytime.”

Burnout Paradise Remastered will release for Nintendo Switch worldwide in 2020.