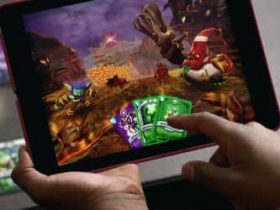 Skylanders Battlecast to take on Nintendo’s amiibo cards in 2016

After a media blowout yesterday evening it would appear that Destiny, Bungie’s sci-fi shared-world shooter, won’t be releasing on Wii U.

So far only a Xbox 360 and PlayStation 3 release is confirmed, with the studio hinting toward the game also being in development for next-generation systems from Microsoft and Sony.

In response to a query regarding a PC version of the game, Bungie’s COO Pete Parsons replied: “We would absolutely love to be on the PC. If you talk to the people upstairs, we play it on all platforms. So, stay tuned.”

Beyond this, Eurogamer noted that not once was the existence of a Wii U version ever mentioned.

Whilst not solid confirmation that the game will miss Nintendo’s latest home console, it doesn’t seem hopeful. Would you want to purchase Destiny on Wii U?