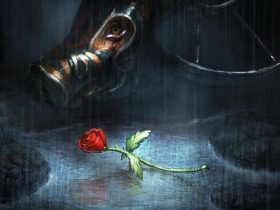 Gearbox Software and People Can Fly have announced that Bulletstorm: Duke of Switch Edition will release on Nintendo Switch, news that was shared in the Gearbox Main Theater Show at PAX East.

The port has been developed in collaboration with Dragon’s Lake, coming to the portable home console with the whole single-player experience, all downloadable content, and the bubblegum-chewing Duke Nukem.

The violent and outrageous shooter will see you step into Grayson Hunt’s boots after a crash landing on an abandoned resort planet. Exiled from the elite assassin group Dead Echo, he is filled with a blind desire for vengeance. You must find his crew stranded on Stygia, and fight your way to confront the commander behind his betrayal.

“Since the first reveal, when I saw the capabilities of the latest Nintendo console, I knew that we need to get Bulletstorm working on that thing!” explains People Can Fly CEO Sebastian Wojciechowski. “The whole team was super pumped up on doing that.”

Bulletstorm: Duke of Switch Edition will release for Nintendo Switch worldwide in Summer 2019.