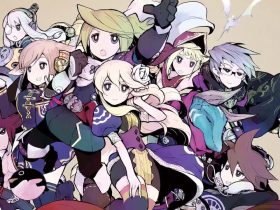 Team17 and The Game Kitchen have revealed a release date for Blasphemous on Nintendo Switch, the upcoming dark and brutal action-platformer.

“As we put the final finishing touches to what will be an unrelenting experience for players, we’re really proud to be in a position to confirm the September 10th release date for Blasphemous,” explains The Game Kitchen CEO Mauricio García.

“We know the game has been highly anticipated for some time, and we can’t wait to unleash The Penitent One on their perilous journey in just a few weeks’ time.”

Set in the savage land of Orthodoxia, you play as The Penitent One – a rogue nomad that sets out to tackle the evil in the world with only his trusty sword.

He is the sole survivor of the massacre of the Silent Sorrow – a group that was sentenced to be thrown to the great Abyss of the Eternal Grief.

With fast-paced and intense action combat lying at the game’s core, players can chain encounters to unlock the Martyr’s Excommunication mode that will see you become near unstoppable as you look to survive the hellish lands in the Age of Corruption.