Travel The Globe In Adam’s Venture: Origins On Nintendo Switch

When you think of games that crossover concepts and intellectual property and think as to what may be, you probably never thought of the idea of crossing Bridge Constructor with Valve’s beloved puzzle series, Portal. Lucky for you, ClockStone did.

In Bridge Constructor Portal, you get a series of different test chambers where you have to create paths for a truck to get from start to finish, using various bridges and portals to get there. While you can’t place Portals, probably due to the obvious way of breaking the game with it, you need to play with momentum and positioning by having bridges lead from one portal to another.

There are various fixed points to put bridges, but often you’ll have to have free standing bridges so you need to learn the basics of how to have a bridge support itself. Thankfully, this is a process that the game walks you through as you progress. You need to think about the supports of the bridges, whether they can take the weight required and so forth so this puzzle game requires a lot of thought. 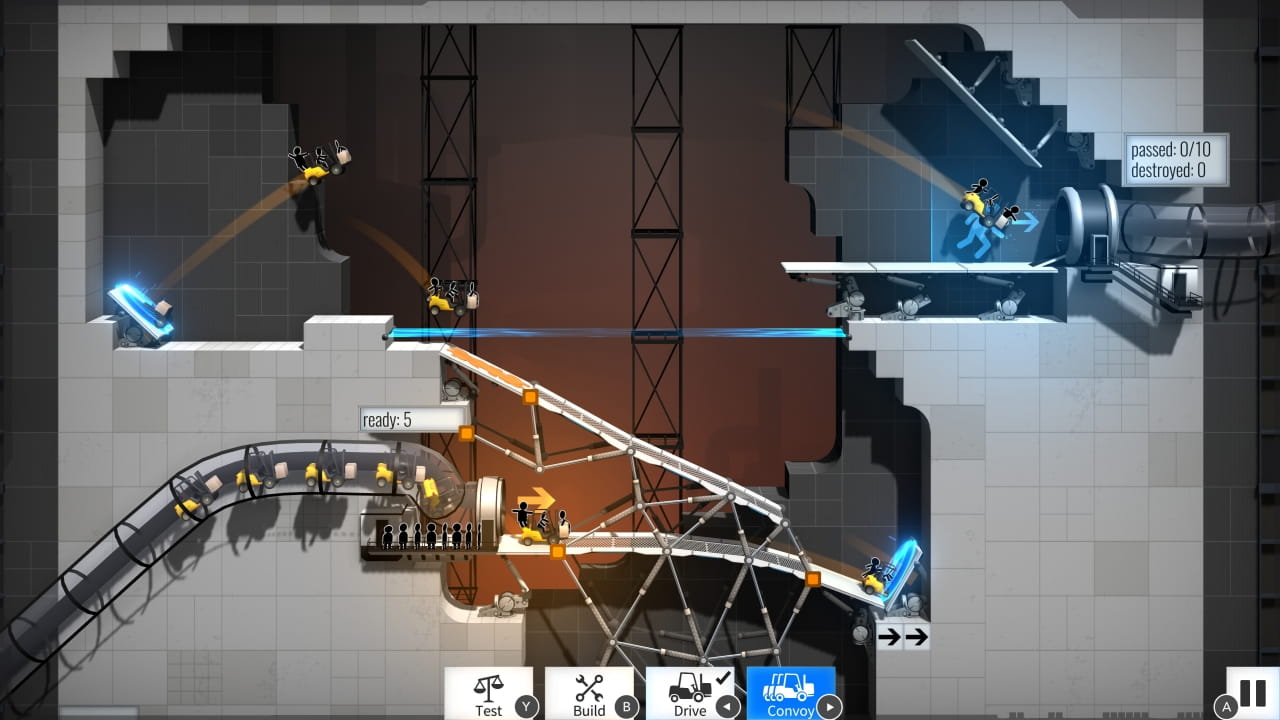 When you have managed to get a truck to get to the exit, you then have the option of sending a convoy of trucks through. Often this has you find that your solution can support one truck, but not all needing you to perhaps rethink how you approach the test chamber. Each stage is marked by your completion either standalone or with a convoy.

As you progress in the game, you get access to more Portal fare including turrets, companion cubes and even the gels from Portal 2, used to aid you in solving the puzzles.

The puzzles do require thought, although it’s common to overthink and make an elaborate solution when a simple one would suffice, but such is the nature of puzzle games like this. This also gives it an element of satisfaction when you successfully complete a chamber. As there are 60 chambers to go through, it does feel a bit repetitive in parts but it’s still a lot of fun if you like physics-based puzzle titles and Lemmings.

The game does have a story where you have been hired to create these bridges as staff of Aperture, but the story is very sidelined and isn’t really up to what may be expected from previous Portal games. 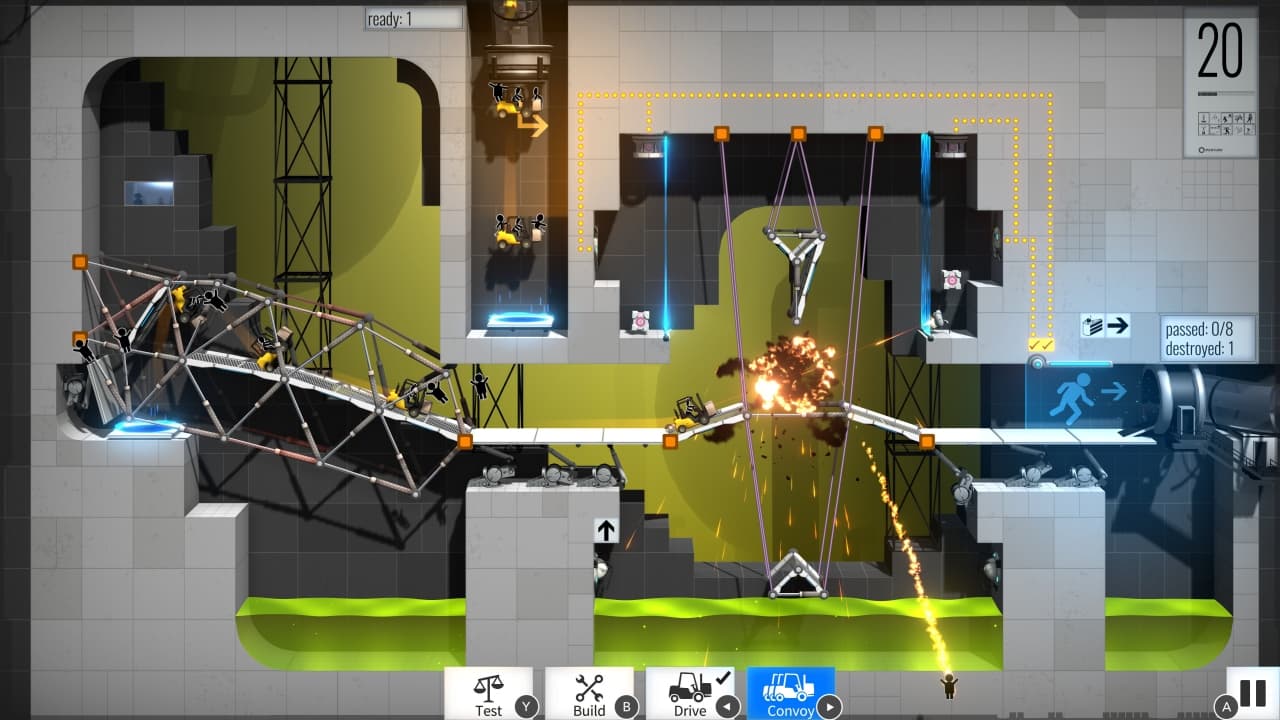 The controls can be a bit buggy. Often when trying to join two elements, despite having been selected it will be offset by one space which breaks what you’re trying to do, so often you’ll end up going for the undo button. You can also control through the touch screen, which is also not as accurate as you’d like. You’ll often have to zoom massively in if you wish to have some precision in your placements of bridge parts. This can get frustrating after a while.

Graphically, the game is rather simple but matches the aesthetics of previous Portal games. It’s nothing remarkable but it looks nice. The ability to zoom in to properly see what you can do is a great shout and the game has subtle but visible grids and points for you to properly position bridge elements. It’s a nice interface that allows you to do what you need to do.

The audio of the game is relatively simple but nothing amazing. It has narration and explanation by GLaDOS, using the same voice actor as prior Portal games, and even has some classic Portal tunes in various interludes.

Overall, Bridge Constructor Portal is a fun game if you like physics-based puzzles. It requires thought so you will get some decent length playing, but there is often a lot of setup in getting the bridges ready and testing if it works. It’s a nice, fun, solid puzzle game.