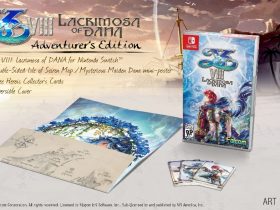 Wales Interactive has confirmed that Maid of Sker will release on Nintendo Switch this October.

Based on Elizabeth Williams’ chilling true story, in this first-person stealth survival horror, you play as Thomas Evans, a musician who must fight a terrifying battle to save the woman he loves.

Set in 1898 in and around Sker House, which still stands to this day and is said to be one the most haunted in Great Britain, you will unravel a story of forbidden love in a family empire driven by torture, slavery, piracy and a supernatural mystery that suffocates the building’s grounds.

With gameplay focused on stealth, exploration and no-weapon survival tactics, your decisions matter in this multi-thread narrative that will lead you down different story paths to witness multiple endings.

The core survival gameplay mechanic is a 3D sound based AI system, that will let you hide, run, creep, trap and distract to evade enemies with super hearing. These will become harder to avoid as you progress, to the point where you must stand still and hold your breath.

Tia Kalmaru has also leant her voice to the game to recreate three famous Welsh hymns – Calon Lân (A Pure Heart), Suo-Gân (Welsh Lullaby) and Ar Hyd Y Nos (All Through the Night) – in keeping with the game’s terrifying tone.

Maid of Sker will release at retail and on the Nintendo eShop for Nintendo Switch worldwide in October 2020.