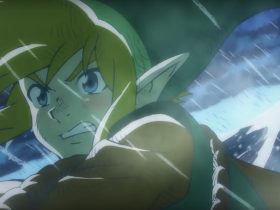 There are buckets of charm splashed across the pixel art of Bleed 2. It’s a little sweet, a little garish and a little eye-popping, but underneath these neon and lurid visuals is a really tight platformer that seems to have mated with a bullet hell shooter. The control mechanics are a bit left field and take some getting used to; movement is dedicated to the left stick as usual and the right stick shoots in whichever direction it’s aimed. Because of this, the face buttons aren’t used at all and jumping is placed on the ZR button. Playing in handheld, this can be a little uncomfortable at first, but that really does depend on the size of your hands. And you don’t need to know how big my hands are. 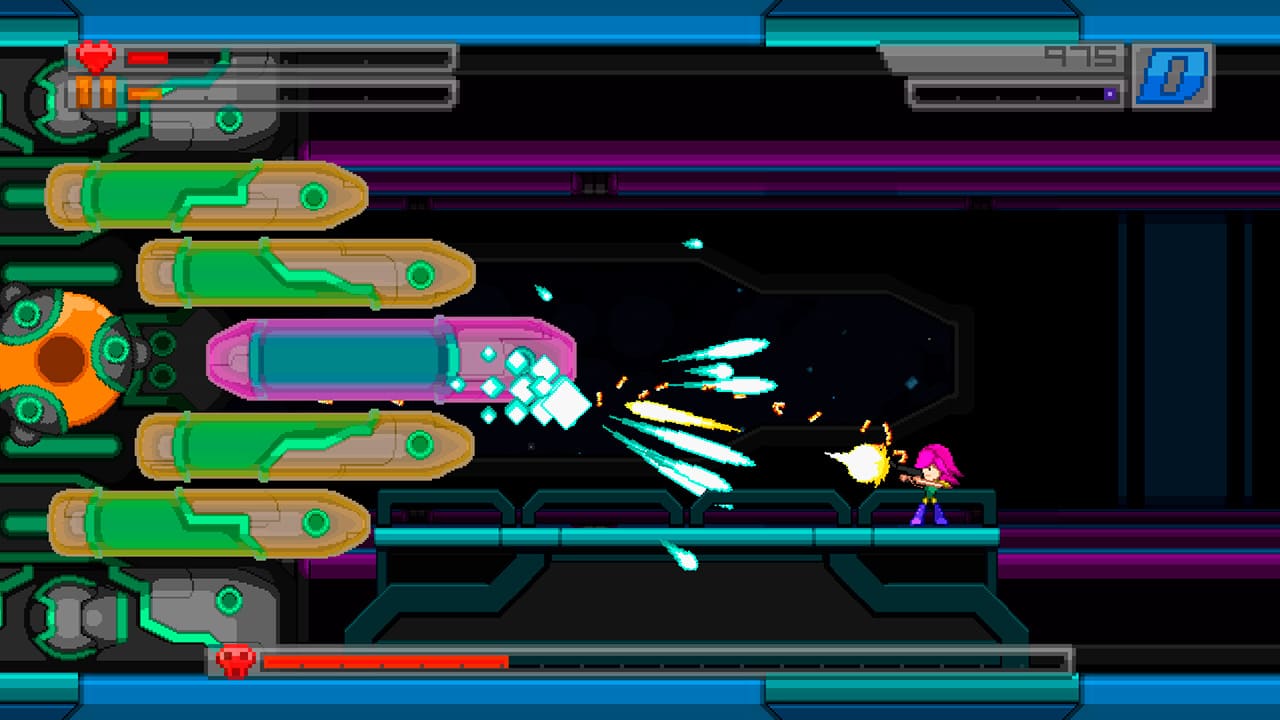 Bleed 2 is made from moments, rather than the overarching concept. To break down what the game does is easy; it’s a platformer that asks the player to kill everything in sight. It seems easy, which is beautifully deceptive. Moving towards bosses which litter the game is a cake walk and rarely will you feel troubled by the grunts who lay in wait. However, bring on the bosses and things step up and become a lot more fun.

The most integral idea of Bleed 2 is the bullets. There are generally a lot of them on the screen and they come in two colours; yellow and pink. The pink bullets can be parried by flicking the right stick in the direction it approaches from. Doing this forces our hero to pull out a sword and reflect the bullet back to the shooter. The yellow ones? Well, they can’t be parried, these must be dodged the old fashion way – by getting out of the way. Bosses vary wildly and come in various shapes and sizes; some fly around the level firing rockets, some are humans who dodge and zip about as if they’re on fire. 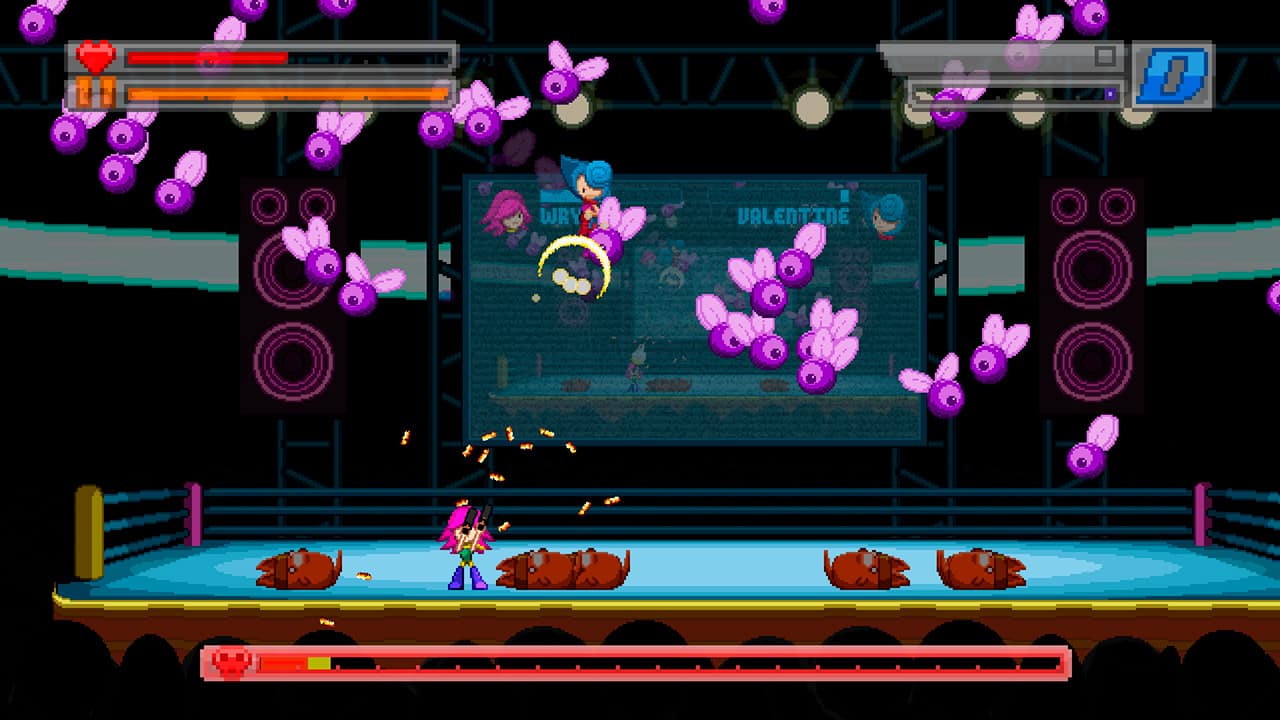 Movement is key and thankfully the developers have blessed us with a speedy and acrobatic central character in Wryn. Not too long into the game and the ability to jump and dash through the air is unlocked. This means that a jump can be followed by several dashes through the air, boosting to high points while still spraying bullets left, right and centre. Clutch dodges or parried bullets become injections of excitement creating lovely moments of action that flows wonderfully.

The addition of Co-op is a great idea – though I didn’t have as much time with the mode as I would have liked. Several characters can be unlocked and each brings something fresh to the game and once the story mode is finished there’s still so much to do. An arcade mode asks players to see how far they can reach on a single life, endless mode is randomly generated which keeps you on your toes and the challenge mode is ludicrously bonkers – pick three bosses and fight them all at the same time! Even the game knows how crazy this is stating the mode is “totally unbalanced – just for fun.” I think that sums much of the game, although the balance elsewhere is on point, Bleed 2 is simple, unadulterated fun.