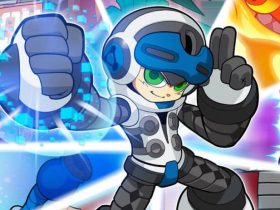 Mighty No. 9 Has Gone Gold As June Release Dates Locked

The Westwood Studios-developed point-and-click adventure game was originally released in 1997 and will receive a “polished and premium restoration” thanks to Nightdive’s proprietary KEX game engine.

This engine has been used for other restorations that have been released on digital platforms, such as System Shock: Enhanced Edition, Turok, Turok 2: Seeds of Evil, Blood, and Forsaken Remastered.

“Blade Runner is still a jaw-dropping achievement on every level, so while we’re using KEX to upgrade the graphics and respectfully elevate the gaming experience in a way you’ve never seen before, we’re still preserving Westwood’s vision and gameplay in all its glory,” explains Nightdive CEO Stephen Kick. “While you can enjoy the benefits of playing the game on modern hardware, the game should look and feel not as it was, but as glorious as you remember it being.”

Blade Runner: Enhanced Edition will release on the Nintendo eShop for Nintendo Switch worldwide in 2020.