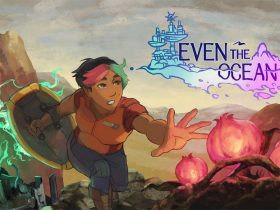 Thought-Provoking 2D Platformer Even The Ocean Coming To Nintendo Switch

Microïds, Pendulo Studios, and Ys Interactive have announced that Blacksad: Under The Skin has been delayed on Nintendo Switch.

“In order to offer you the best investigation possible, Blacksad: Under The Skin’s release is postponed to the end of 2019 on Nintendo Switch,” the publisher explained on Twitter.

The upcoming narrative adventure game is based in the world of the comic book series, Blacksad.

Set in New York in the 1950s, the owner of an unassuming boxing club, Joe Dunn, has been found hanged. At the same time his protégé and best hope, Robert Yale, has gone missing.

Devastated by the terrible news, Joe Dunn’s daughter, Sonia, decides to continue to pursue her father’s dream. She takes over the reins of the club and hires John Blacksad to investigate the mysterious disappearance.

The fight of the year is just around the corner and the club, in dire financial straits, will not survive if Robert Yale doesn’t turn up. You will play as Blacksad, a cynical, seductive and nonchalant anthropomorphic cat, as you do your best to track him down.

Blacksad: Under the Skin will release on the Nintendo eShop for Nintendo Switch worldwide “the end of 2019.”