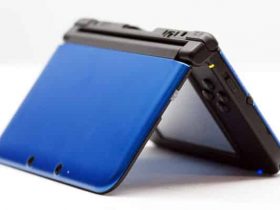 Bethesda has already admitted that they remain undecided on whether they will support Nintendo NX, and their stance was once again reinforced in a recent interview.

As part of a wider discussion with Metro‘s GameCentral, Bethesda’s vice president of PR and marketing Pete Hines was asked to expand on a comment he made saying that the publisher talks to Nintendo “all the time.”

He recalled that the publisher most recently supported Wii with titles such as Star Trek: Conquest, and implied that “technical hardware issues” were the reason behind why they haven’t had a stronger presence on Nintendo’s platforms.

With weaker hardware, Hines explained that their developers felt that they did not have enough power to realise their creative vision, and, therefore, Bethesda did not want to have to make cuts simply to port it to another console.

As to whether he knew what Nintendo NX was, Hines tried his best to dodge as many questions as he could before turning to an emergency poker face.

GameCentral: Now, Nintendo is not a subject I ever imagined talking to you about. But there was a very interesting quote recently about you talking to them all the time. But I can’t imagine what about?

PH: It’s not like we’ve never done anything on Nintendo. We haven’t done anything on Nintendo in a very long time, but we did some Star Trek stuff back in the day. Star Trek: Tactical Assault or something. Look, our philosophy is we want to make our games, as they’re designed and built, available on as many platforms as possible. And so Nintendo, as a maker of a platform, you want to constantly be in touch with them, to see what they’re doing, where they’re headed, and whether or not there might be some opportunities down the line, with where they’re going.

GC: Third party support is a constant problem for them, but I think it’s questionable whether people would even buy things like Battlefield or GTA if they were on a Nintendo console. Is the reason you haven’t supported them much in the past partly because you don’t think your games would sell to that audience?

PH: No, no. it’s usually been one of a technical… hardware issue. It’s just, what it is that the devs are making and what are the hardware requirements that they’re looking at, to support what they’re making? And what fits? And anything that is below the line is, ‘Well, we can make it work, but we’d have to cut this or that or do it like…’ But no, that’s not the point. The point is to take the game, as you designed it, and to get it working on those platforms. Not make a bunch of cuts and a bunch of changes and bring out some other version of it.

GC: So if NX is announced in the next few weeks and is as powerful as an Xbox One or higher, then…

PH: Then it will absolutely be something that we consider. Okay… let’s say they come out and say tomorrow it does X, Y, and Z. Well, Dishonored 2 is way down the road, it’s not in the conversation. But anything that is in development, I think we’d take a look at and see if technically does it line up with what they’re doing?

And then to your point, of course we always want to look at what we’re doing from an audience standpoint. But I think that we have any number of things that might appeal to the Nintendo audience. Maybe it’s not as appealing as Super Smash Bros., or it doesn’t appeal to that exact same audience, but that doesn’t mean that there’s not still an audience there.

GC: Do you know what the NX is?

PH: We talk all the time to everybody, about what they’re up to.

GC: [laughs] You can say whether you’ve seen it can’t you? Just as long as you don’t actually tell me anything.

GC: Boy, I bet those Nintendo NDAs are something else.