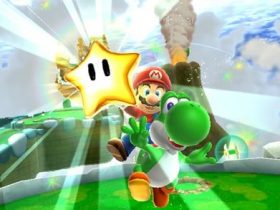 Most Pirated Wii games of 2011 revealed

Bethesda Softworks, currently set to publish Prey 2, Rage and The Elder Scrolls V: Skyrim over the coming year, has revealed that developing for the Wii “wasn’t even an option” for the company.

Such comments were made by Pete Hines, Vice President of Marketing at Bethesda, who explained that the necessity to design builds specifically for the Wii rather than to coincide with Xbox 360, PlayStation 3 and PC projects is the reason why they have avoided developing for the platform.

“Our motto has always been: We want to make our games available to the widest audience possible on whatever platforms that will support the game,” Hines commented. “So to whatever extent new consoles fit with the kind of games we are making and support them technologically, we would certainly do that.”

He continues, “The Wii wasn’t even an option – we would have to make wholesale changes to the games we were making on Xbox 360, PS3 and PC to make them work on Wii. I honestly know nothing about the tech specs of the new platforms and whether or not they are a good fit for what we are making with say Rage, Skyrim and Prey 2. If they are a good fit for the kind of games we are making then absolutely, we would look to put them out for those. But beyond that I can’t get into specifics.”