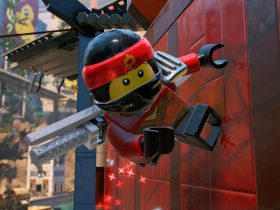 Pixelatto has announced that their 2D nonlinear pixel-art platform puzzler Reventure will release on Nintendo Switch next week.

You play as a wannabe hero who is supposed to do “hero-ish things,” but sometimes chooses to forget about them and heads out on crazy adventures instead.

With 100 different endings to reach, every decision that you make will lead you down one of many paths.

There are playable characters, hints, costumes, visual effects, and more to unlock on your road to becoming a legend, in a game that the developer promises is packed with “bazillions of secrets and pop-culture references.”

Reventure will release on the Nintendo eShop for Nintendo Switch worldwide on October 8th priced at £7.99 ($9.99).