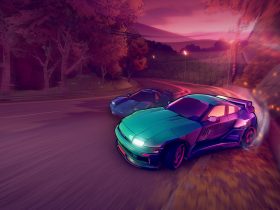 In this “relentless” twin-stick action game, Hell has been taken over by humans and their disgusting corporations. As Satan’s favored son, Lou is sent in to clear them out.

Armed to the teeth, drunk on “milk”, and packed with sass, you must set out to kick butt and ignore names.