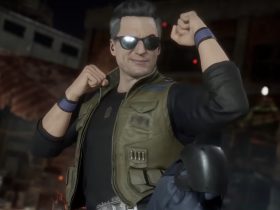 Johnny Cage Fights Against All Odds In Mortal Kombat 11

With Party and Single modes, up to four players can tee off against one another. You will have a limited time to aim your shot, with the timer becoming shorter with every turn.

Barry Bradford’s Putt Panic Party will release on the Nintendo eShop for Nintendo Switch worldwide on September 26th priced at £5.99 ($5.99).