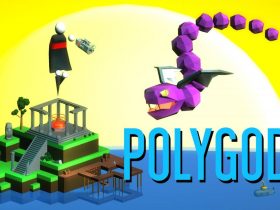 MuHa Games has announced that Thea: The Awakening will release on Nintendo Switch this week, a turn-based strategic survival game that takes inspiration from Slavic mythology.

After an apocalyptic force known as The Darkness engulfs the world, there are no heroes, monster slayers or great armies capable of banishing them.

With only a handful of hopeless and starving survivors desperately doing their best to stay alive, you are their last, and only, true hope.

You can proceed through the world in whichever way you prefer, whether that be stockpiling resources in your village and building defenses or exploring the world.

With a mixture of turn-based strategic gameplay with the “tension and grit” of a rogue-like, conflicts can not only be resolved through fighting using a card-based battle system but assassination, stealth, diplomacy, and hunting as well.

Thea: The Awakening will release on the Nintendo eShop for Nintendo Switch worldwide on February 1st.