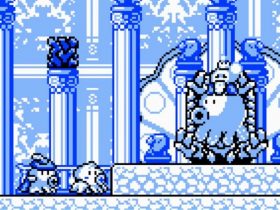 Save Me Mr Tako: Tasukete Tako-San Pays A Heartfelt Homage To Game Boy

Whilst Japan’s CoroCoro magazine this month promised more news about Pokémon Omega Ruby and Pokémon Alpha Sapphire in their next issue, the publication has also revealed a new Nintendo eShop game destined for the 3DS.

The Band of Thieves & 1000 Pokémon will be a tie-in to Pokémon the Movie: Diancie & the Cocoon of Destruction, starring thieves that appear in the film, Raiotto and Maririn.

So far only confirmed for a Japan release on June 5th, the game will be available free for a limited period of time and sees players gather Pokémon through StreetPass. The number held will help you win battles against opposing thieves, which sounds similar to StreetPass Mii Plaza’s StreetPass Battle.