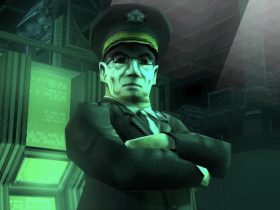 Ratalaika Games and Throw The Warped Code Out have announced that Back In 1995 will release on Nintendo Switch, a survival horror game that is a throwback to the original PlayStation.

In a concrete and indistinct world, the developer has looked to recreate the feeling that he had from his first gaming experiences on the PlayStation and SEGA Saturn.

That will challenge you to not only uncover the mystery surrounding the disappearance of your daughter but the catastrophe that had once shaken the city and the reason as to why you have finally decided to return.

With retro 3D graphics like low res models, texture warping, CRT emulation and fixed CCTV style camera angles, this three-hour adventure will see you hunt for clues of the past an interact with a cast of damaged characters whose intentions you can never truly know.

Back In 1995 will release on the Nintendo eShop for Nintendo Switch worldwide.