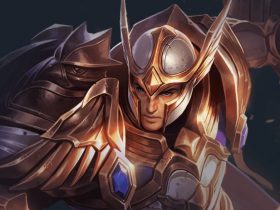 Crush Your Opponents In Arena Of Valor On Nintendo Switch

Are you ready to strap on your omni-directional mobility gear and raise your blades for freedom? The Titans have penetrated the walls on the Nintendo Switch and it’s down to you to stop them. So, how does it feel to tear the nape out of giants while on your daily commute?

From Koei Tecmo and developer Omega Force – the crew behind the Dynasty Warriors series – Attack on Titan 2 (or A.O.T.2 in Europe) is the sequel to Attack on Titan: Wings of Freedom, a game that was based on the smash hit manga and anime. You play as an original character this time around that you can customise to your liking and embark on the journey as a cadet of the 104th Training Corps regiment. This sets the premise up nicely, telling the story from the very beginning through a scouting journal, written by your character about their experiences with the recruits of the Survey Corps we’ve all come to know and love. There’s plenty of customisation options here to suit the look of your main lead and a pleasantly immersive way to relive the first two seasons of the series.

If you have never seen the anime, then it would be worth watching it on Netflix before digging in here. It’s very spoiler heavy to cater towards the fans of the franchise as you pursue step-by-step key moments from the series. It does an excellent job of keeping you involved with the action and feels especially satisfying to zip around the rooftops of the Trost District with your omni-directional mobility gear. The way you scrape along the floor before gaining height is a satisfaction that really does emphasise the faithful kinetic energy that the series is well known for. 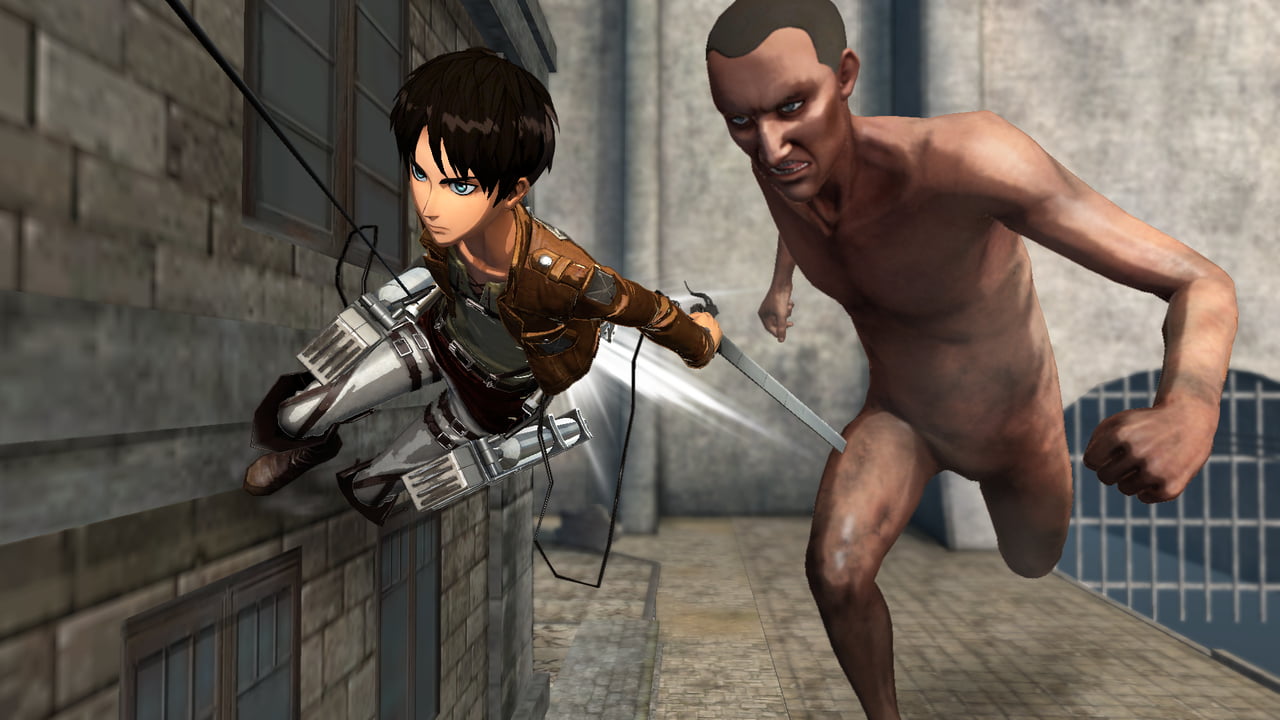 When faced with a Titan, you can lock on to their various limbs to dismember them. In doing this you disable their movement to secure your kill or you can choose to capture it for research to build a Pókedex-style journal entry of the decent variety of Titans the game has to offer. Of course, the only way you can actually kill a Titan is to rip open the back of their neck with a well-timed hit. So unless you want to capture it, you are usually focused on this point for the majority of the time anyway. Some of the more aggressive abnormal types do require you to focus on certain highlighted limbs for you to set up any major damage, thus providing a bit more relevance to the gameplay mechanic.

However, considering how feared they are in the anime, the Titans are very easy to take out during the first half of the game, even on the normal difficulty. While the more specialised variants can give you a bit of grief, I would have liked to have seen more of a challenge earlier on, considering that I didn’t actually see my first death until about 10 hours into the game. The Titans themselves are as clumsy in character as you would want them to be, but they just aren’t always vigilant enough on the attack unless there’s a large group of them clustered together, or if they see red and go into a spontaneous childish tantrum.

For the most optimal experience though, I would certainly recommend cranking it up to the hard difficulty – which is hidden away in the options on the main menu screen. This was, for me at least, a massive game changer that made upgrading any stats much more relevant and truly got me immersed into the deadly world of Paradis. Just to warn you beforehand, the curve between medium and hard is quite steep. The Titans become much more aggressive and the abnormal types can take much longer to kill. If it does get too much for you, it is always simple enough to switch back to a lower difficulty setting. 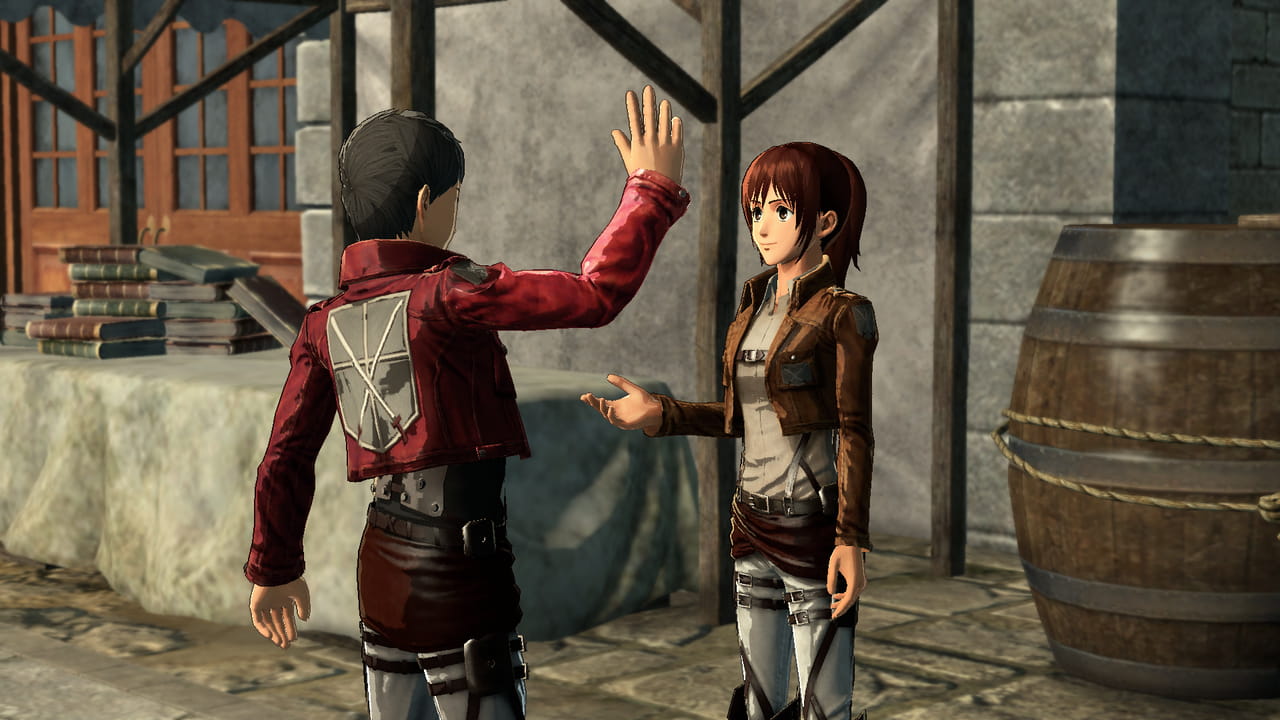 This is a game after all, and an Omega Force one at that. So it’s to be expected to have a high kill count to some degree. It is hard to deny that it does feel great to cut down a horde of Titans without touching the floor and, to be fair, the challenge does eventually pick up during the events of the second season. The experience is pushed further by how you can order your allies to work with you out in the field. They will support you with health and traps along with dealing damage on your command. Doing a combo finisher with elite soldiers such as Levi is as badass as a fan would want, especially because you are the one who gets to anchor down with the final blow.

When out in the field, you usually have a main objective to focus on, as well as distress calls appointed by your teammates. This is where the spirit of Dynasty Warriors does come into play as you rush around the map trying to keep control of each situation. It is an element that actually works really well in this case and creates the urgency that I would want from this sort of source material. During battle, you can set up towers at allocated points of the map. Building these towers will provide you with necessities such as gas to fuel your omni-directional mobility gear and blades for your weapon. These towers can also be used as a means of attack, either by setting them up to automatically fire off cannonballs or as a manual device that you can aim with. It’s a cool little feature that may very well come in useful to you in the multiplayer component of the game.

Upgrading your stats is a major component in Attack On Titan 2, although it’s a feature that feels more relevant later on when the difficulty does begin to spike. There are many ways to raise your advantages like obtaining valuable materials to upgrade weapons or raising your leadership skills to boost the strengths of your team. However, it’s the friendship component that takes centre stage, for this adds a bit more of a personal narrative to the story. In gaining trust you tick off certain objectives depending on choosing the more positive answer when spoken to. This will entitle you to skill points which will further boost your vital statistics. It’s a nice little element that breaks the action up a bit and gives you a more personal connection to the story. 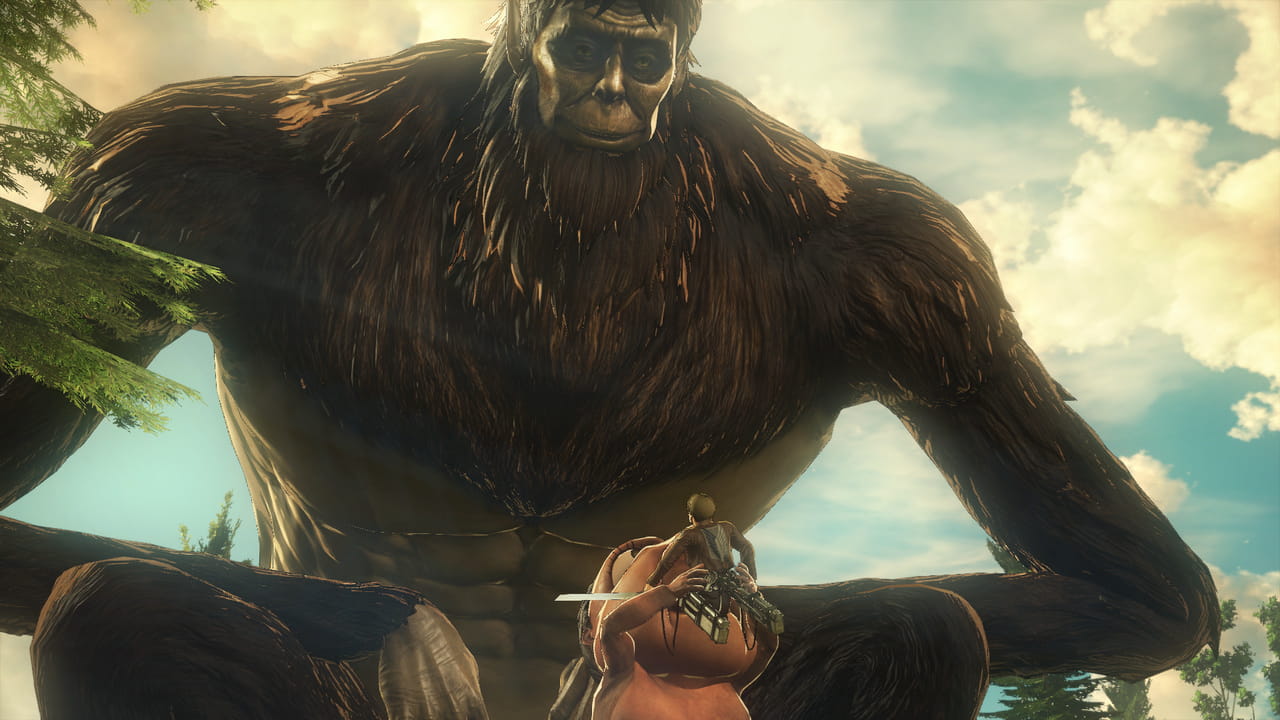 However, you don’t have to slay Titans alone. You can gang up with up to seven other mates in local ad-hoc multiplayer, or team up with other players online. There are several modes available here including a four-vs-four Titan hunt rally and an expansive co-op expedition mode to tackle. Also, if you are feeling particularly helpful, you can answer a live player’s SOS signal and join in with someone else’s campaign. It all sounds like great fun but, unfortunately, the servers were not bustling with activity before launch so I haven’t had the chance to spend much time with this part of the game. I do intend to update my experience post-launch, so feel free to come back when I have checked how well the servers hold up and how the multiplayer experience plays out.

The biggest flaw that I found with Attack on Titan 2 lies in its visual performance, regardless of how you choose to play it. While the characters and Titans certainly look the part, the environments themselves seem a bit on the cheap side. Buildings look like wooden film sets and the framerate can get extremely sluggish at a common rate – although a launch day software update has delivered some improvements. Environmental texture pop-in is a constant occurrence, and the Titans clip into the environment so much that it seems like they barely even acknowledge that collision detection is even present. It does animate well for the most part though, and the controls felt responsive to my movement even when the framerate unhappily chugs along at times.

Granted, Attack on Titan 2 is a game that has even received a PlayStation Vita port – which the Nintendo Switch port is thankfully superior to – but the PlayStation 4 version doesn’t exactly look leaps and bounds above in graphical prowess. The shortcuts that are on display here in comparison doesn’t seem anything that the Nintendo Switch can’t handle, whether that be the lack of blood splatter on the floor or the shoddy destruction effects of Titans smashing into buildings. The cutscenes are great though, giving you a polished glimpse of what could’ve been. It interestingly opts for a first-person view during these moments due to your male (or female) customised character, which made me also crave for a Mirror’s Edge-style outing as a result.

Attack on Titan 2 is an undeniably fun experience that makes good use out of its source material. While the controls can be a little fiddly to begin with, it soon all gels together well enough to see that everything has been painstakingly thought out. The audio design is also on point, with plenty of panic from allies and a soundtrack that is satisfyingly faithful to the anime. It’s a shame that the same can’t be said about its technical performance, which is a little rough around the edges. It isn’t enough to hinder the experience too much and I did have a ball with it on the whole. There’s more than enough content to sink hours into here, and, with a little more polish and refinement, it certainly has the potential to become much more.