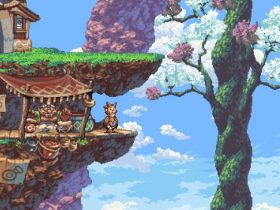 The Australian Classification Board has issued a rating for Atelier Ryza 2: Lost Legends and The Secret Fairy, suggesting that the unannounced game could soon be revealed.

This would be the sequel to Atelier Ryza: Ever Darkness and the Secret Hideout, which had started an all-new storyline arc in the Atelier series.

The Japanese role-playing game follows teenage tomboy Ryza who dreams of escaping her mundane village lifestyle with her band of mischievous friends.

As they explore a forbidden island in search of adventure, they discover an elderly magician who changes their lives forever. He teaches Ryza the enchanting ways of alchemy, which soon results in her setting out on a quest to save her hometown from a mysterious and deadly darkness that lurks beneath the surface.

Atelier Ryza: Ever Darkness and the Secret Hideout is now available for Nintendo Switch worldwide.