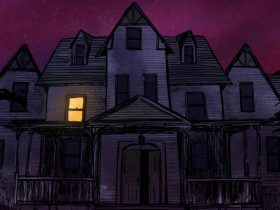 Gone Home No Longer Headed To Wii U

Local multiplayer gaming is one of the biggest draws of the Nintendo Switch. Not just local multiplayer, but portable multiplayer of which you can share a single device pretty much anywhere you please. It comes as no surprise, then, that small games like Astro Duel Deluxe fit extremely well with the handheld console. But does the high price point of such a multiplayer focused game warrant its £12.59 price tag for something you can get for under a fiver on the iPad?

Before home consoles began chewing up the spare time of gamers all over the world, there was the golden age of arcades. A new lucrative form of entertainment fed that primal bloodthirsty hunger to beat your mate’s high score in competition. With prominent titles such as Pong, Space Invaders and Centipede, it’s no surprise that the games from this era would still inspire over 40 years later. Astro Duel Deluxe is very much inspired from the 1979 classic Asteroids. In fact, if you were to glance at a screenshot of this game you could almost mistake it as such.

Astro Duel Deluxe doesn’t have high scores. What we have here instead is a portrayal of that same competitive bloodthirst the moment the Joy-Con are snapped off and the understanding of the simple controls are met. Your aim? To eliminate your opponents in a golden gun-style, one-hit-kill death match.

The controls are very simple, steering the stick left or right rotating your ship in a similar vein to Asteroids, while your face buttons are used to accelerate, shoot, boost and special attack. 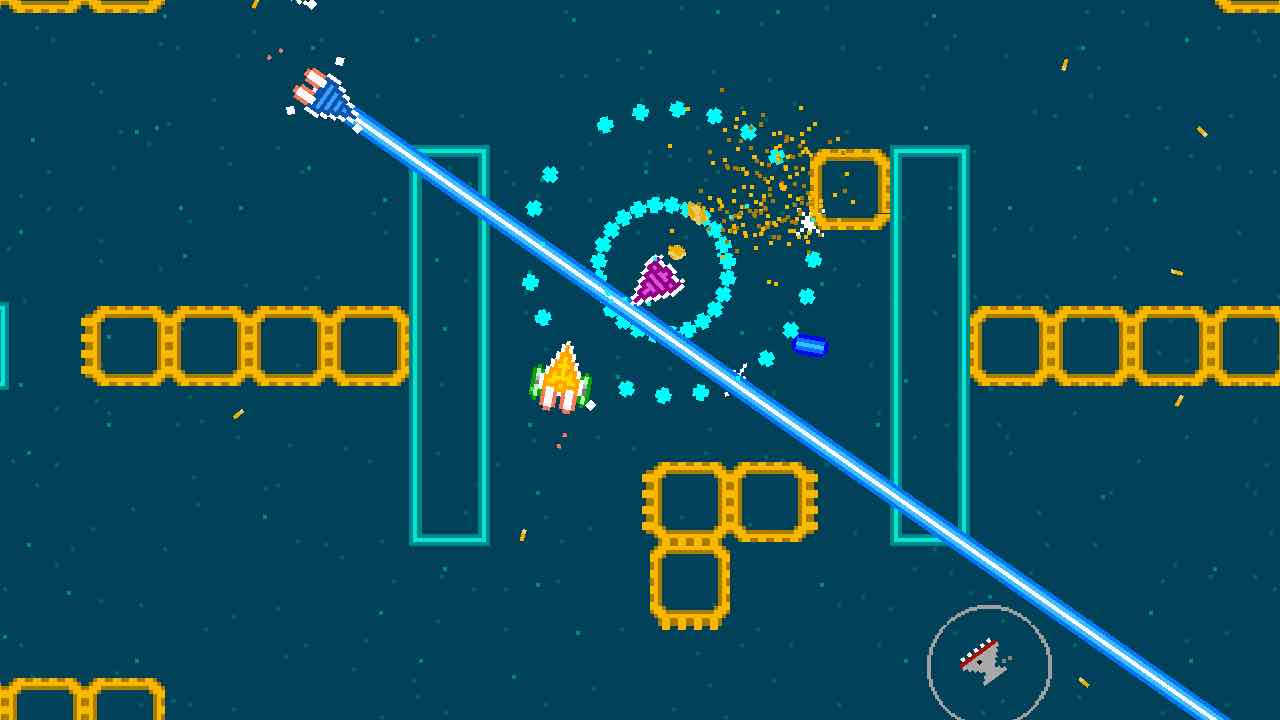 You have three bullets rotating around your ship, with a short time limit seeing you automatically reload when spent. You can fire out all three in succession or carefully pick off your shot in aiming to make that perfect read. Even if you fire one bullet, that bullet will soon replenish allowing you to stay armed. Special items are either dotted around the map or hidden in asteroids, granting you either an offensive or defensive advantage. Some examples of these items include a reflective shield that repels the bullets of those who open fire head-on, a missile that makes a large impact that’s perfect for multi-kill opportunities and a scatter weapon that sees bullets spread out from every angle of the ship.

The bouts are broken up into rounds, where in between each interval you see your progress play out as if it was a board game. The more you kill the more spaces you move forward. Once a player reaches the goal the game ends. This sets up strategy even further as you work to stuff the chances of the leader from gaining victory by hunting him down first. It’s a great little concept that works extremely well.

There are two different game modes that can be played either as a free-for-all or group up into teams. Ship Hunters is the one-hit-kill mode, as mentioned above, and the other is Pilot Hunters where, once your ship has been hit, you are left scurrying to safety as a floating pilot. If you are not shot or ploughed into within a given time frame your ship will respawn with a small window of invincibility that acts as a comeback mechanic to allow you a chance to still seek victory. These game modes can be played on over a dozen maps of which some have a hazard present, be it giant laser beams, turrets or even a black hole. The maps are fun, varied and can also be manually selected to suit your conditions of play. Throw in options to customise your rule sets and you have the ability to create a tournament style scenario, similar to what you can do in something like Super Smash Bros. – i.e flat land with no items to focus on combat, that is frequently used as a legal tournament setting. 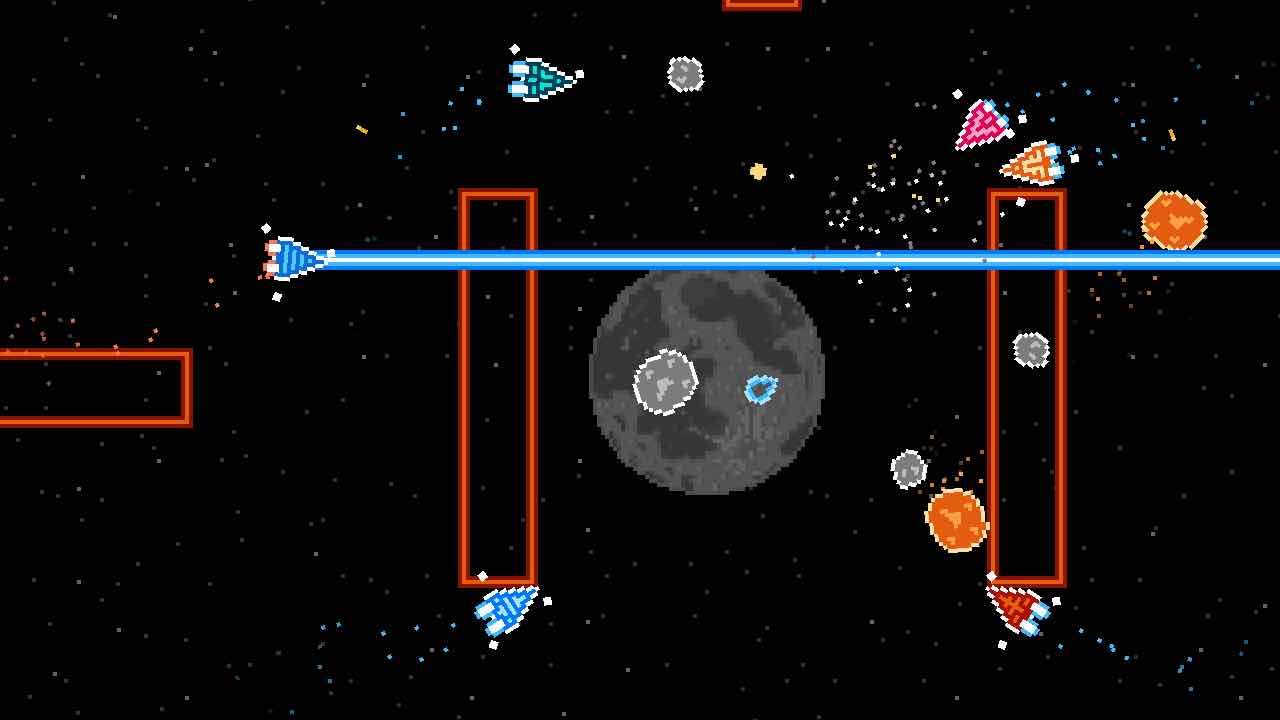 It comes as no surprise then that the multiplayer aspect is the main draw here. In fact, it’s the only part of the game that will sustain any interest. I found the Pilot Hunters mode the most fun as the comeback element stirs up the most drama and tension. Up to six players can blast it out which is the exclusive addition to Astro Duel Deluxe compared to the original version.

The Party Mode is a touch screen alternative where you can witness three of your mates mauling the screen of your Switch with their sweaty fingers in a slightly more restricted fashion – in that players are unable to turn left in this setting. This mode is ok for convenience but it just doesn’t compare to having a controller in hand as well as freedom of full navigation.

Approaching this game solo is unfortunately where it starts to fall apart. You play the modes that are available in multiplayer but with A.I bots. You can choose an easy or hard difficulty but that’s pretty much it. It works more of a training ground of sorts for multiplayer. There is nothing else in place what so ever to keep the solo gamer enticed. Even a survival, high score, time attack or some sort of basic single player arcade mode would have been a welcome addition. There isn’t even an online versus mode of any kind which is a massive disappointment, as I could have seen myself battling the ranks in my spare time. 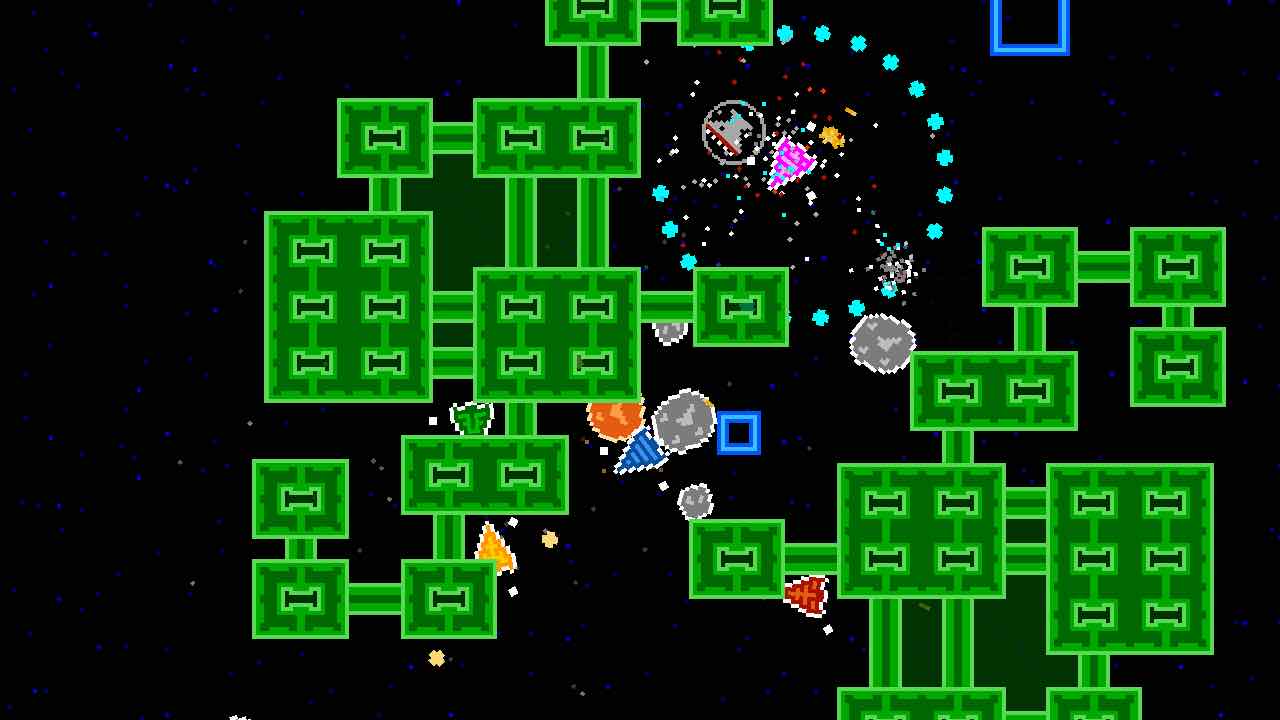 This is where pricing becomes an issue. The original Astro Duel was released on the iPad for £4.99 and, with updates, it stands pretty much on par with what we can play on the Switch. Adding an extra two players and placing a trendy word at the end of its title doesn’t warrant the asking price for the console version. It’s almost as if your paying for the privilege to use the controllers bundled with your system.

The graphics are simple, but relevantly echo days of times past. The debris of shattered rock and the murdered remains of the pilots floating around the map is a nice visual touch. Also, because of the simplicity of the graphics, the momentum stays constant with no loading times what so ever.

The sound fits the gameplay well, it’s retrospective tones fit nicely accompanied with the, “I. AM. A. ROBOT” narrative that sounds a bit like a British version of Robot B-9 from Lost In Space.

As a multiplayer title, Astro Duel Deluxe is an absolute blast. It works gracefully in tabletop mode and brings the golden age into the 21st century on the Switch. You may not get hours of gameplay per sitting but I could imagine this being the go-to game to settle disputes within some circle of friends.

If you were to bake a cake and the ingredients were Asteroids, Tank and Nidhogg, this game would pop out of the oven as a result. But with next to no single player, no online of any kind and a high price point – considering how cheap you can get it elsewhere – it’s difficult to recommend this game unless you have the friends locally to get in on the action. Maybe one to keep it in mind if there’s a sale on.