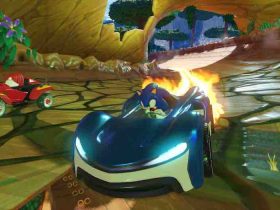 Nintendo has revealed that the first fighter in the Super Smash Bros. Ultimate Fighters Pass Vol. 2 will be from their widely underrated brawler, ARMS.

“The fighter included in wave six of the paid Super Smash Bros. Ultimate downloadable content will be joining the battle from ARMS,” Nintendo explains.

“This fighter is a bit unusual thanks to those extendable ARMS, so we’ll have to extend our development time too. Please stay tuned for just a bit longer. The next fighter will be announced and released this June.”

Masahiro Sakurai had previous shared that he was “excited” to continue working on the mascot brawler, and at the opportunity he had to “delight the fans” in introducing characters from more game worlds.

If you haven’t played ARMS and are curious to see what it’s all about, then those that have an active Nintendo Switch Online subscription are in luck.

Until 11.59pm BST on Monday 6th April 2020, you can download the full game from the Nintendo eShop, with the chance to keep your save data if you choose to buy it after this free trial comes to an end.

We were full of praise about the candy-coloured fighter in our ARMS review, concluding: “ARMS can be seen as the boldest move that Nintendo has made in some time, and an absolute knockout experience to play.”