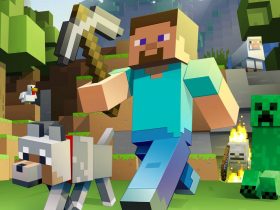 Intragames has announced that hyper arcade shoot ’em up Grand Brix Shooter will release on Nintendo Switch this month.

In this bullet-hell fusion shooter, you will have the chance to pilot more than 10 aircraft and must survive against enemy attack waves.

Destroyed enemies will leave behind crystals that can be used to upgrade your attack skill up to level 3, and, once powered up, your aircraft’s overall performance and appearance are enhanced.

“More players would be able to enjoy action shoot’em up genre and this game would give them a whole new amazing experience which they have never felt before with Grand Brix Shooter. I appreciate all the interests and support on our game for our fans and I wish we can create more games that would give a great impression to all the generations around the world.”

Grand Brix Shooter will release on the Nintendo eShop for Nintendo Switch worldwide on August 29th.