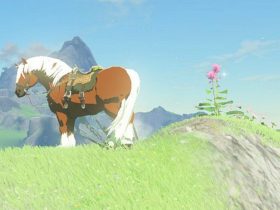 The Legend Of Zelda: Breath Of The Wild Guide: How To Get Epona

Ever since the launch of the Nintendo Switch back in March, gamers have been chomping at the bit for any signs of the company’s Virtual Console service finally making the big leap over. All we know so far though is that sometime in 2018, the Nintendo Switch Online service will offer subscribers classic titles from its NES library and… well, nothing much beyond that. It all still remains a bit of a mystery.

Hamster Corporation, meanwhile, has been busy doing a great job releasing a number of NEOGEO titles on the Switch ever since the console’s launch. Now it seems Nintendo have entrusted this Japan-based company in bringing over their arcade hits too with game likes Vs. Super Mario Bros and Vs. Excitebike teased during September’s Nintendo Direct event.

First to be brought over to Switch though is the 1983 release, Mario Bros. Some may remember this game for its updated versions in both the original Super Mario Bros. 3 and the Advance series as an extra mode. While these used the handling of latter 2D Mario adventures what you have here is the original, unaltered arcade form, rough edges and all. 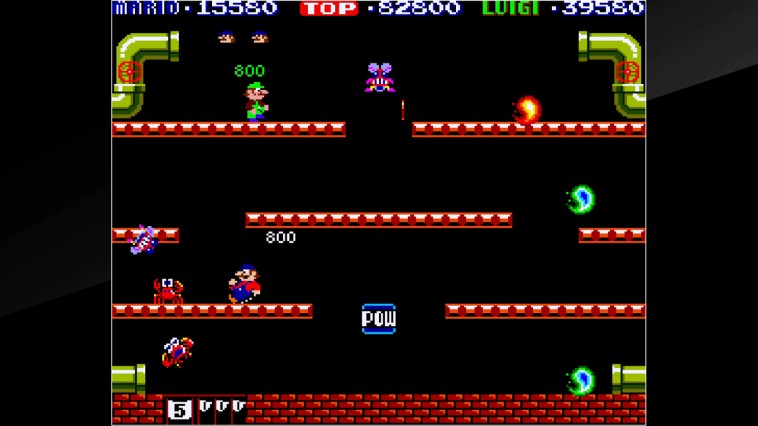 Unlike other Mario platforming titles, this one isn’t a side-scroller instead restricting all the action to a single-screen environment. The stage itself features several floors, a POW block and warp pipes (where the enemies and coins spawn) where running to the left or right of the screen simply results in you popping up on the opposite side Pac-Man style.

While instinct will tell you to jump on the heads of any enemy headed your way, Arcade Archives Mario Bros. instead has you attacking from below. By jumping into the floor above Mario you’ll flip enemies unfortunate enough to be walking across onto their back making them vulnerable to a quick boot. Once you’ve eliminated all enemies within a wave it’s onto the next and so on until you eventually lose all your lives. Enemies come in three main forms each with their own traits. Shellcreepers (who don’t look too dissimilar to Koopa Troopas) simply require a single hit to flip them on their back while the crab-like Sidesteppers need two. The Fighter Flies meanwhile jump to get around making timing key in nailing the floor from below when they land.

As you progress through the game’s numerous stages, the enemy count continues to rise while other obstacles are also thrown in too including fireballs and icy floors complete with falling icicles. The variation in enemy type may be limited however the game mixes things up enough from wave to wave to keep you invested. 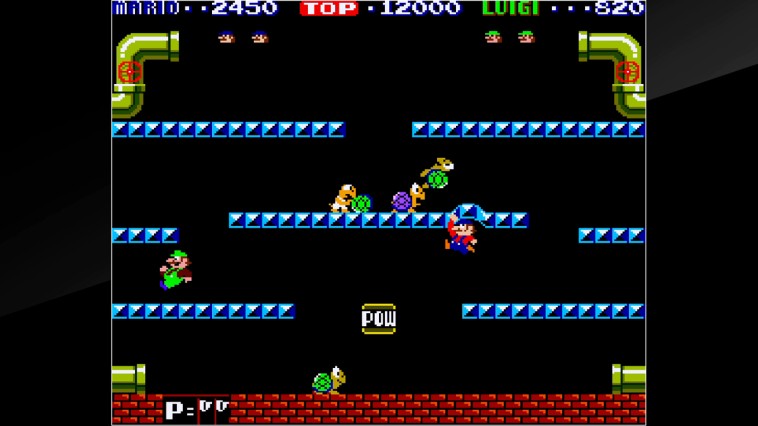 The game can be played alone or with a friend taking on the role of Luigi. Just like other multiplayer experiences on Switch, Arcade Archives Mario Bros. too benefits from being able to slide off the two Joy-Con for some two-player action anywhere. What’s always been fun about this game though is that it’s not just about working together; you can also work against each other as well. And I’m not talking simply selecting an option from a menu either; this comes down to on the spot decisions from either player mid-action. One accidental shove to your temporary teammate could crumble the foundation of your allegiance before breaking down entirely. It’s this uncertainty in your opponent that really adds to the uneasy tension.

The first thing to strike me about the game was how the plumbers actually handle. While we’re used to the super tight, buttery smooth controls of Mario’s more recent outings, here things feel far more clunky and slippery. Their movement is restricted to one speed with no run button while jumping is a matter of commitment since you cannot alter your trajectory or direction. While you do adjust the more attempts you make, the controls never truly gelled for me, resulting in plenty of frustrating, accidental deaths.

Just like the controls, the audio has also taken a hit as the years have rolled by, the music and sound having a very muffled quality to them. Fortunately, the visuals fare better with decent enough animations on both the hero and enemy side. It’s just a shame the background is nothing more than black nothingness. 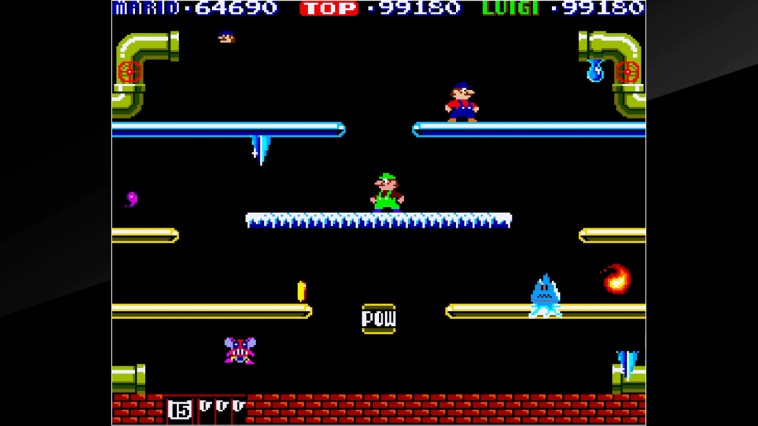 Outside of the original arcade option, you’ll also find two more modes – Hi-Score and Caravan. The former sees you tackling the game single player with a single credit while the latter gives you five minutes to score as high as possible. While neither really change things up in any real meaningful way, Caravan mode at least feels well suited to the Switch ideal for those five or ten-minute gaps you might have on a train ride or between games at home.

Hamster Corporation has always been good about throwing in a number of options whether it’s display or gameplay linked, and Arcade Archives Mario Bros. is no different. Also included are online leaderboards across all modes, a nice addition with only one downside – you can’t compare scores with your friend list.

Mario Bros. hasn’t aged particularly well over the years and isn’t the big bang of a debut we wanted from Nintendo’s back catalogue on Switch. That being said, playing two-player is still a decent distraction and competing for high scores online is addictive enough to keep you coming back every now and again for another short dose of the plumbers.