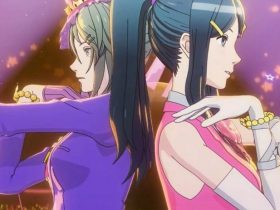 Bulbware and The Working Parts have announced that They Breathe is now available on Nintendo Switch.

Once released on Xbox Live Indie Games, it has been remastered for the portable home console and rebuilt from the ground up to include a local co-operative multiplayer mode.

This surreal aquatic journey promises increasingly “disturbing sights and horrible discoveries,” in which a lone frog descends into the depths of a flooded forest without knowing the true extent of its tragedy.

There is darkness beneath the surface, and to survive in this brutal, oxygen-obsessed ecosystem you must identify the patterns and hidden truths that make up the rules of the forest.

They Breathe is now available on the Nintendo eShop for Nintendo Switch worldwide.