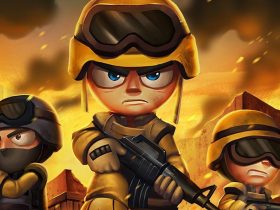 Developed by Respawn Entertainment, it was released for PlayStation 4, Xbox One and PC in February 2019 and will now come to the portable home console.

Pitched as “a character-driven, squad-based Battle Royale shooter where teamwork is the difference between victory and defeat,” you will first choose your character from a lineup of outlaws, soldiers, misfits and misanthropes before being challenged to survive long enough to be called a Legend.

You will need to master your Legend’s abilities and work as a team to succeed in competitive 60-player matches, relying on Respawn Beacons to resurrect your teammates and Smart Comms to communicate with one another without the need for voice chat.

Apex Legends will release as a free download on the Nintendo eShop for Nintendo Switch worldwide in Fall 2020.