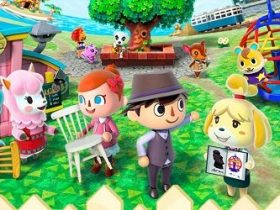 We’re already enraptured at the thought of exploring the vast world that Nintendo have now promised us in The Legend of Zelda on Wii U. Although, wouldn’t it be better if that was an adventure shared with friends?

We’ve already seen that in Game Boy Advance’s Four Swords, but Zelda series producer Eiji Aonuma has teased that multiplayer elements may be introduced the console iterations as soon as “next year.” With the Wii U entry slated for 2015, could Link be accompanied in his new quest by other players?

“The two-player functionality of Hyrule Warriors is actually something that has traditionally been done in the Dynasty Warriors series, but they’ve changed because of the hardware and the second screen on your GamePad. Instead of having a splitscreen on the television, you have one-player playing on the television and one on the GamePad,” Aonuma initially began in his response to Game Informer, discussing whether multiplayer would be present in the next Zelda.

“When I was talking back about making Zelda more than just a single-player experience? That’s something you will see in the future, maybe next year.”

Aonuma, you tease. Still untitled, The Legend of Zelda on Wii U will release in 2015.