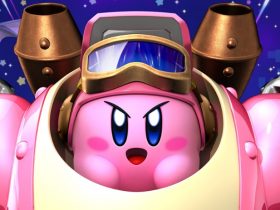 After The Legend of Zelda: Ocarina of Time 3D, fans from around the world have been shouting loud and clear their hope that Nintendo would treat Majora’s Mask to its own remake.

That wish was granted in this week’s Nintendo Direct, with The Legend of Zelda: Majora’s Mask 3D preparing to launch in Spring 2015. However, while campaigns such as Operation Moonfall have been actively voicing their interest, series producer Eiji Aonuma has revealed that they actually began developing it “almost immediately” after Ocarina of Time 3D – he just couldn’t tell anyone!

“So although we’ve been working on the game for quite some time, we didn’t want to say it was being developed until we were at a point where we could proudly say that this is not going to be just another remake and that it’s going to be worth your time. For a while now, when fans from Japan and around the world would ask me if we were working on a Majora’s Mask remake, I would silently plead in my heart, thinking, ‘Please wait a bit longer!’ (laughs).

“We’ve spent a lot of time making sure the gameplay experience is smoother than in the original version without taking away from this unique world. I hope those that haven’t played the original game, and those of you that played it but gave up mid-way through will take this opportunity to give the new version a try.

“Oh, and I should mention that we haven’t removed the distinct look and feel that are unique to this game, so it should live up to this game’s Japanese catchphrase, ‘this Zelda has a scary vibe.’ Brace yourselves for what this world has to offer! (laughs)

“When it’s closer to its release date, I’ll talk more about what has been changed in the Nintendo 3DS version and its new features right here in this community, so stay tuned!”