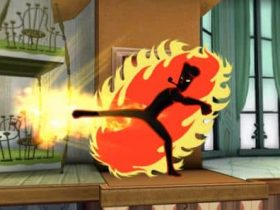 While Zelda series producer Eiji Aonuma has teased that it may not have been Link within this week’s Zelda Wii U reveal trailer, there’s now one thing that’s certain.

It was a clear highlight of the Nintendo Digital Event, although appears to have thrown journalists into disbelief that it was actually gameplay footage. Nintendo, master craftsmen on their own hardware, have looked to assure us that it is.

“Many people from the media kept asking me if the footage from the new Zelda game for Wii U is just a promotional movie, but that really is actual gameplay on Wii U,” Aonuma clarified on Miiverse.

“Also, I wasn’t kidding about how you will be able to reach the mountains that appear in the distance if you should choose to!”