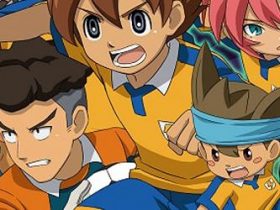 Square Enix has announced The World Ends With You: The Animation, promising to share more news about the upcoming anime series adaptation next week.

The publisher has opened a teaser website that has a countdown to the Anime Expo Lite 2020 livestream, during which it has been confirmed that a panel has been scheduled to start at 6pm PDT (9pm EDT) on Friday 3rd July.

“Following up on our previous reveal of the Anime Expo 2020 key art featuring our mascots and the cast of The World Ends With You, we are pleased to announce that Anime Expo Lite will host a panel which will reveal information about the anime adaptation planned for Square Enix’s action RPG, The World Ends with You!” the event organisers confirmed.

This anime adaptation will be handled by the Kingdom Hearts series creators with Tetsuya Nomura, who has contributed to the project as the creative producer and character designer.