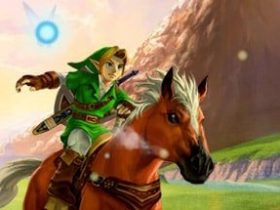 Animal Crossing producer Katsuya Eguchi has shared that smartphones could have a role to play in the future of the series.

Whilst Nintendo wouldn’t create a standalone experience for such devices, Eguchi shared that they no longer want to force a player to be restricted to solely their own hardware, and saw potential in an application that allowed players to remain connected to their towns.

“Actually a lot of people have the same sort of idea, but contrary to what it seems like, there’s a lot to do in Animal Crossing”, Eguchi discussed with Polygon.

“It’s really focused on a very free style of control. Whether it’s the buttons or the stick on the 3DS, we really use [the hardware] to its fullest to get the maximum amount of joy, so I personally don’t agree with the sentiment [that Animal Crossing would work on mobile devices]”.