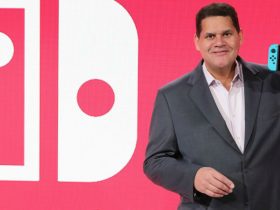 Reggie Fils-Aimé Argues Against Whether Nintendo Should Stop Making Consoles

This has addressed an issue where an animal that you invite to move to your island doesn’t actually move to a vacant plot, a problem where you lose Nook Miles and Bells when using a Nook Miles Ticket and other fixes.