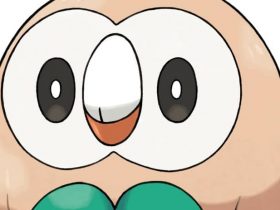 This Rowlet Plush Is Absolutely Adorable

After his disappointing defeat to Roger Federer on Friday, Andy Murray had been spending the weekend relaxing by speeding around Mario Kart.

But when Federer unexpectedly pulled out of the Barclays ATP World Tour Finals with a reported back injury, Murray was called to the O2 Arena to take on Novak Djokovic in a one-set exhibition match. Federer’s withdrawal saw Djokovic retain his place on the winner’s podium for a third consecutive year, and similarly bested Murray in the match by 8-5.

“I was playing Mario Kart on my sofa when I got the call,” Murray shared after the match. “I was winning at that. Mario Kart is better than my tennis.”

He continued, “I have to apologise because I clearly pushed Roger so hard on Thursday! It’s very tough, it’s a problem with individual sports – someone gets hurt you can be left in situations like this. I’m glad I could be able to help but it’s a shame for everyone that came out.”