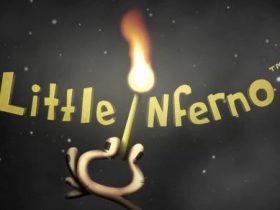 Analysts have raised their profit estimates for Nintendo in response to the increased momentum behind the company, Bloomberg reports.

Spurred by Super Smash Bros. for Wii U, Mario Kart 8 and amiibo, analysts have begun suggesting that Nintendo may even triple their profit to 36.8 billion yen (£194.1 million) for the quarter.

Nintendo defied expectation to report a profit last quarter, after which their share price has surged upward by 25 percent.

Mario Kart 8 has surpassed 3.49 million unit sales worldwide since it launched in May, while Nintendo of America reported that Super Smash Bros. for Wii U sold 490,000 units physically and digitally combined over its launch weekend.

“Nintendo has picked up good momentum heading into the Christmas season,” Iwai Cosmo Securities analyst Tomoaki Kawasaki explained. “This time they have a hit lineup. Amiibo represents a new revenue source, and we are watching it very closely.”

Ace Research analyst Hideki Yasuda added, “Last year was just a bad year for the game business, and this year is a recovery. Add to that amiibo, and you’re likely to see a considerable improvement in earnings.”