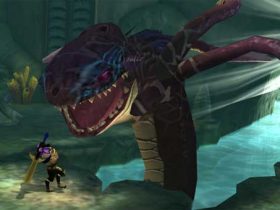 They’ve been calling on Nintendo to capitalise on the burgeoning smart phone market for years, but now that it’s happened industry analysts are backtracking by sharing concern.

Nintendo and DeNA’s newfound alliance has now been referred to as “desperate,” a move that risks “diluting its characters” and reducing dedicated hardware sales, and met with warnings “that mobile is not very profitable.”

Nintendo won’t have made the decision lightly, having been in talks with DeNA since 2010, and will be approaching the mobile market cautiously. But it comes across as hypocritical that analysts are now beginning to sing to a different tune.

“Nintendo and DeNA are both desperate, so it makes sense for them to join forces,” Ichiyoshi Asset Management executive officer Mitsushige Akino explained to Bloomberg. “There is a chance that they can bring new users to their smartphone platform.”

BGC Partners Inc’s Japanese equity sales manager Amir Anvarzadeh adds, “Nintendo is risking diluting its characters and accelerating defections from its own hardware platform. Shares will probably still rise in response, just because the market has waited for some kind of a smart device strategy for so long.”

Whereas Hudson Square Research analyst Daniel Ernst voices, “The reality is that mobile is not very profitable. DeNA, the partner they choose, their games have been in decline in Japan.”