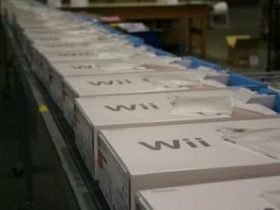 Analyst: Rumoured Wii Price Cut on May 15th means Nintendo have “something much bigger” planned for E3

EEDAR qualitative analyst Matt Diener has warned that Nintendo shouldn’t feel forced to copy the PlayStation 4 or Xbox One in an effort to encourage third-party publishers.

He believes that the company’s strength comes from their experimentation that often results in “excellent, oddball experiences,” and that rumours swirling that NX will combine their rich handheld and console lineage would be “a fantastic move” for Nintendo and their audience.

“I don’t think the NX needs to compete against the PlayStation 4 and Xbox One to be successful,” Diener shared with Examiner. “Nintendo has a history of doing things its own way, and that’s partially what’s allowed it to deliver excellent, oddball experiences like Splatoon and Super Mario Maker completely out of left field. When this experimentation works, as it did so well for the Wii, DS, and 3DS, it has paid dividends for Nintendo – but, unfortunately, when you take big risks, you’re going to have a few missteps along the way.

“For the NX to succeed in the current gaming ecosystem, it needs to focus on delivering a clever, Nintendo-only experience while enticing third-party developers to port major releases onto it. One rumour about the NX contends that it will be a hybrid handheld / console device, and I think that’d be a fantastic move for both Nintendo and players for the amount of freedom it would give.

“The worst-case scenario I could see for the NX is if Nintendo tries to copy the PlayStation 4 [or] Xbox One too closely in an attempt to entice more third party support for the platform. Those eighth generation console gamers without a Wii U are already well established in the Sony and Microsoft camps, and convincing them to leave for an experience that doesn’t offer anything different from what they’re already getting seems like an incredibly hard sell.”