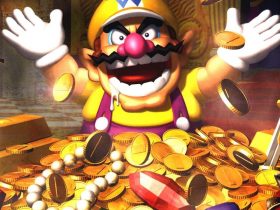 Nintendo may have reduced their annual forecast earlier today, but amiibo has proven a great success for the company.

Bloomberg reports that Satoru Iwata, speaking at a briefing held in Osaka, has shared that around 5.7 million amiibo figures have been sold worldwide since their November launch.

We know that amiibo sales in France alone have surpassed 200,000 and Japan’s launch weekend saw 104,000 snapped up, whereas 2.6 million have been sold in North America.

Averaging £10.99 per amiibo we can estimate that Nintendo generated £62.64 million in sales from the figure line, a number that would be even higher if the scarcity in stock was addressed.